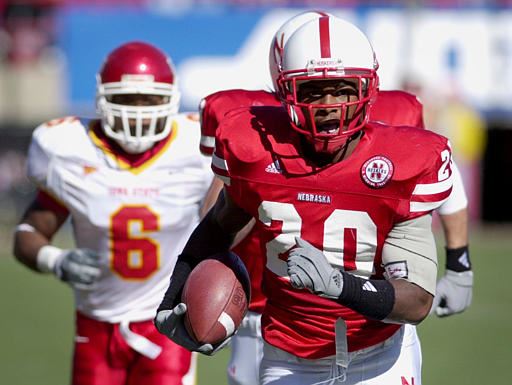 Nebraska overwhelmed Iowa State with special teams and defense in a 28-0 victory over the Cyclones.

The Huskers blocked two Cyclone punts, including one that was returned for a score, and forced three turnovers to avenge a 36-14 setback to ISU in Ames last season.

NU posted its second shutout of the year and has now gone 14 quarters without allowing an offensive touchdown at home. The Huskers allowed just 95 yards before halftime.

Josh Bullocks, who entered the contest with a nation-leading seven interceptions, sparked the Huskers on special teams with his first career punt block, giving the Huskers possession at the ISU 19-yard line. Jammal Lord’s 1-yard run on fourth-and-goal put the Huskers ahead by 7-0.

On its next series, Nebraska went 79 yards in just three plays to extend the lead to 14-0. Lord broke open a 2nd-and-1 play for 31 yards to the ISU 39 before wide receiver Isaiah Fluellen went on a 39-yard scoring jaunt around left end.

We played our reserves, and that was the most important thing. But we missed a great chance to work on our passing game with no pressure.

The changes on defense have produced like a can of WD-40. The Blackshirts have been pretty slick, and now they have two shutouts to prove it.

Say this for the Cyclones: They didn’t quit. Then again, they didn’t really start, either.

Don’t read too much into NU’s second-half offensive lethargy. Huskers win. Backups got experience. Thank you and drive home safely.

Shutouts and shutting down teams will need to be a running theme in Nebraska’s final four games.