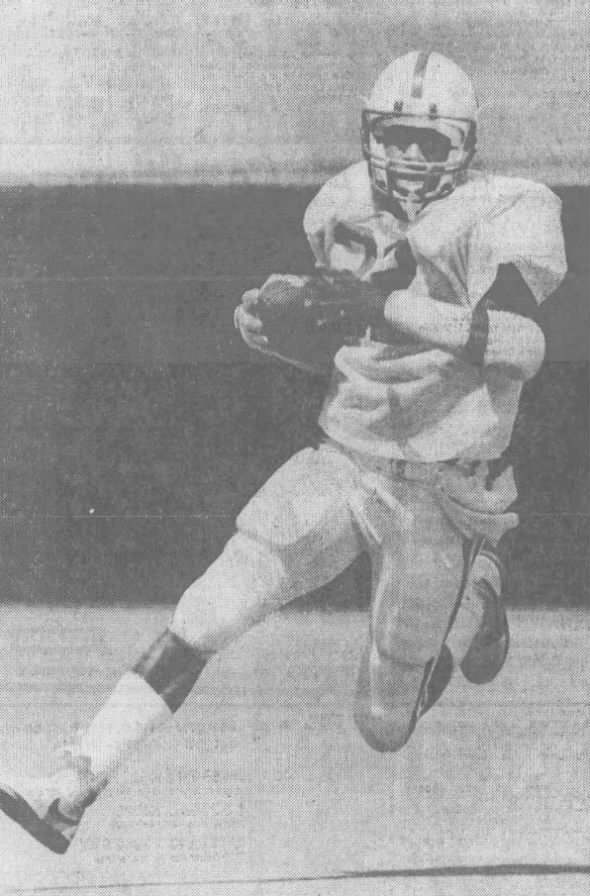 I-back Doug DuBose breaks into the clear for some of his 99 rushing yards. · The Lincoln Star · Newspapers.com

I-back Jeff Smith set a spring game rushing record with 136 yards, but he was just one of three standouts at the position who combined for 348 yards in the Huskers’ annual Red-White spring game.

Paul Miles piled up 113 yards and Doug DuBose had 99 on just nine carries as the running backs showcased their potential as successors to Heisman Trophy winner Mike Rozier.

At quarterback, where the Huskers need to replace three-year starter Turner Gill, the Reds’ Craig Sundberg was nearly flawless in the passing game, completing 6 of 7 aerials. Travis Turner hit on 7 of 13 passes while splitting his time between the Reds and the Whites.

A damper on the day came with news of a knee injury to linebacker Mike Knox, the team’s leading tackler in 1983. It appeared likely he would need to take a redshirt season in 1984.