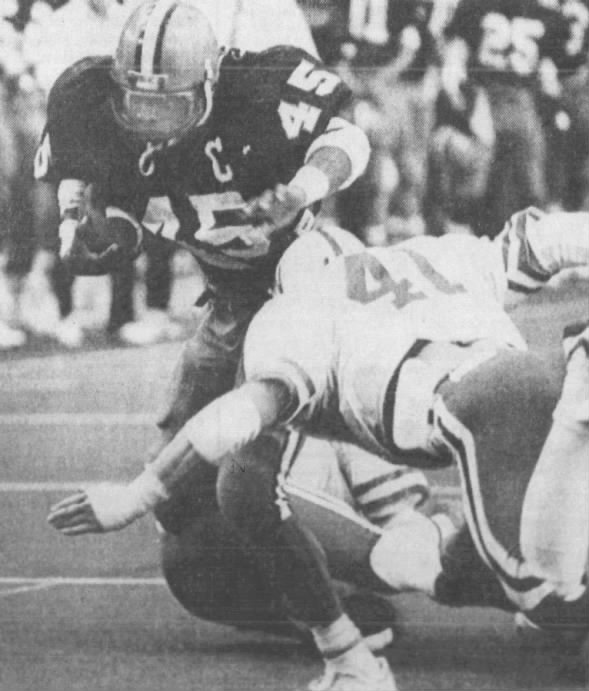 No. 1 Huskers stunned by Orangemen

To say the least, it was an upset of major proportions.

Syracuse, coming off a 19-0 home-field loss to Rutgers and looking like the same team Nebraska had crushed, 63-7, the year before in Lincoln, played the No. 1-ranked Huskers to a standstill through three quarters, then ground the visitors down in the fourth for a 17-9 win in the Carrier Dome.

The Huskers were without the nation’s leading rusher, senior I-back Jeff Smith, but, said Coach Tom Osborne, “With or without Jeff Smith, it would have been tough. The name of the game for us is to be physical. They were more physical today.”

The loss ended a 23-game regular-season win string for Nebraska.