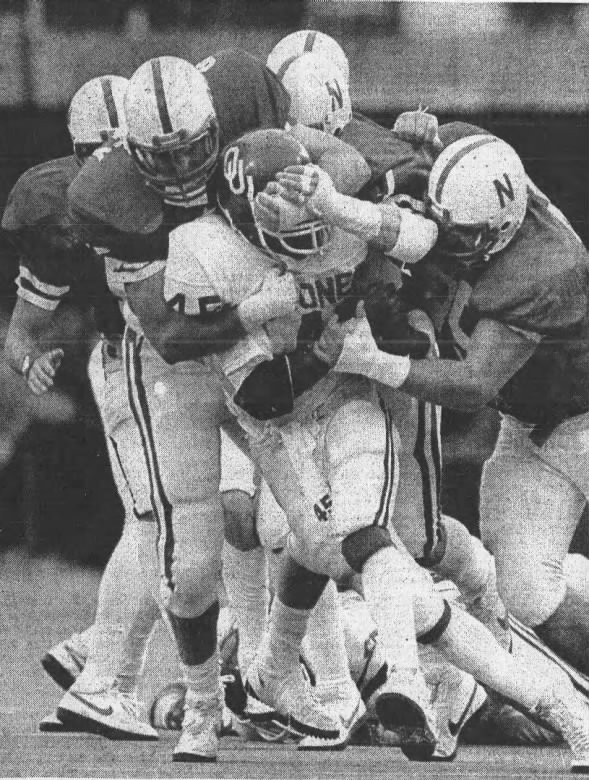 Oklahoma scored 10 unanswered points in the fourth quarter, while the Sooner defense twice stopped Nebraska inside the OU 10 in the second half (the second time just inches away with 5:32 left in the game) and came away with a 17-7 win over the Huskers.

The Huskers won the stats handily – 19 first downs to nine, 373 total yards to 201 – but four key turnovers gave the Sooners the breaks they needed.

OU went on to beat Oklahoma State the following week to share the conference title with Nebraska.