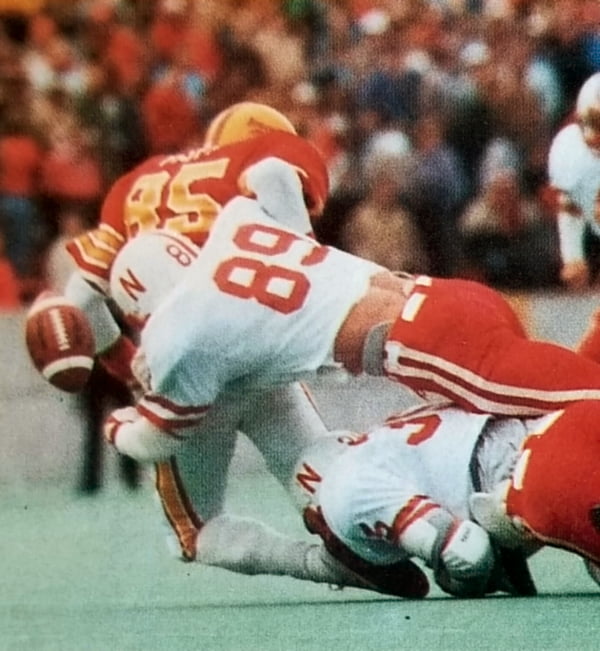 Scott Tucker (89) and Kevin Parsons team up to separate a Cyclone from the ball. | Courtesy of Nebraska Athletics

The Husker defense held Iowa State to five first downs and 53 yards in total offense as Nebraska recorded its first shutout in two years with a 44-0 win over the Cyclones.

Iowa State’s defense was tough, too, holding Nebraska to just a 10-0 lead midway through the third quarter, but an excellent 45-yard punt into the wind by Scott Livingston followed by a Bill Weber interception set up a 6-yard Doug DuBose touchdown run for a 16-0 lead, then the Huskers scored four touchdowns in the first 6:38 of the fourth quarter to blow the game open. 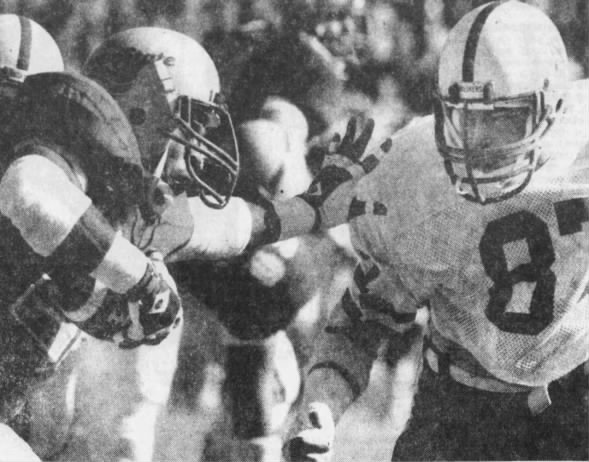