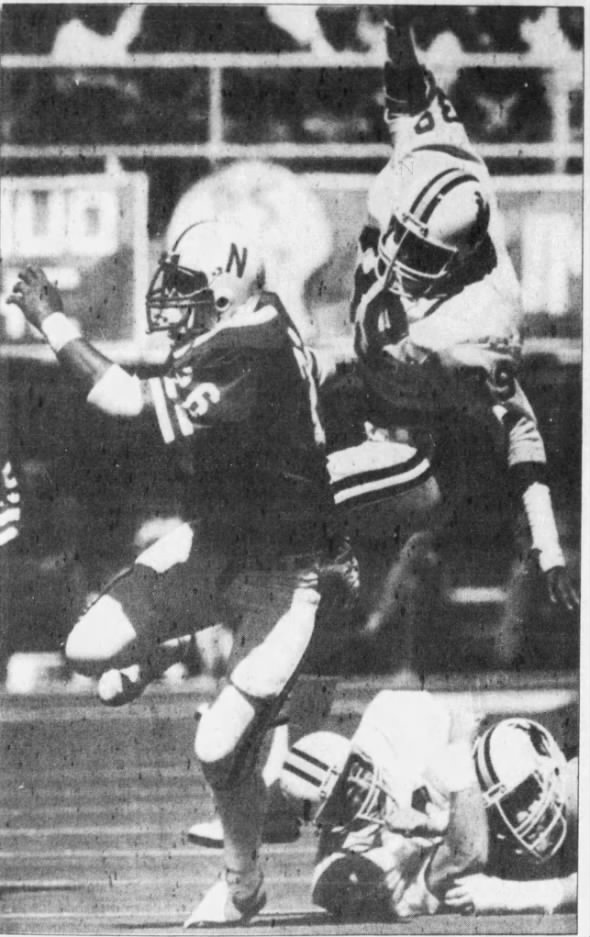 Nebraska fumbled four times and lost three in the first half and led stubborn Wyoming by just 14-7 at halftime, but the Huskers righted themselves with three third-quarter touchdowns and went on to down the Cowboys, 42-7, in the 1984 season opener for both teams.

New starters Jeff Smith at I-back and Tom Rathman at fullback paced a 440-yard Nebraska rushing attack, Smith picking up 170 for the second-best opening-game performance at Nebraska in the Bob Devaney-Tom Osborne era. Rathman gained 108 yards, the most for a Husker fullback since Andra Franklin’s 122 yards against Oklahoma in 1980.

• Fritz Quindt column: So that’s why NU is consistently good

• Osborne does not covet the No. 1 ranking