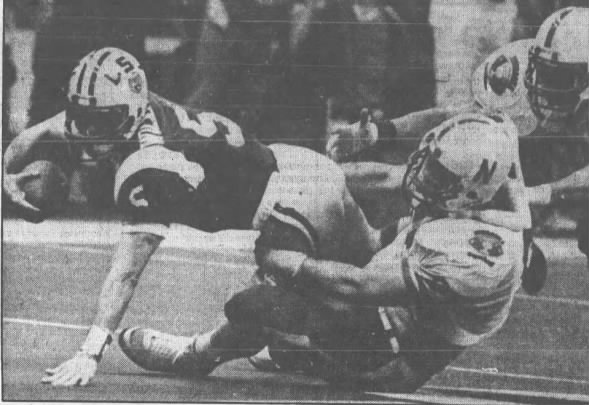 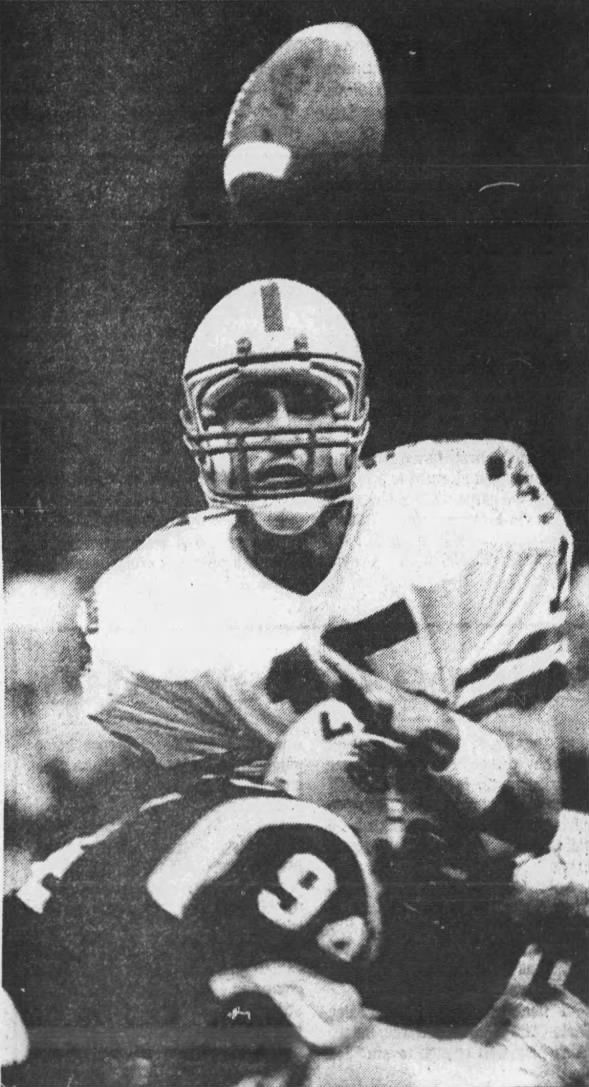 Quarterback Craig Sundberg closed out his Nebraska career by leading the Huskers back from a 10-0 deficit to a 28-10 win over Louisiana State in the Sugar Bowl.

After LSU scored on two of its first three possessions to seize the early lead, the Nebraska offense rebounded from a rocky start and scored 28 unanswered points.

Two of the Huskers’ four touchdowns were set up by a defense that forced six Tiger turnovers, including five interceptions.

Sophomore I-back Doug DuBose gave Nebraska a boost with a 102-yard rushing effort, but it was Sundberg who was named the game’s most valuable player. Starting for the first time since an arm injury knocked him from the starting lineup at midseason, Sundberg completed 10 of 15 passes for 143 yards and three touchdowns, and he ran for the go-ahead score on a 9-yard run midway through the third quarter. 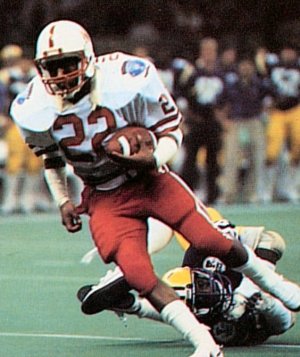 Doug DuBose gets past an LSU defender. | Courtesy of Nebraska Athletics