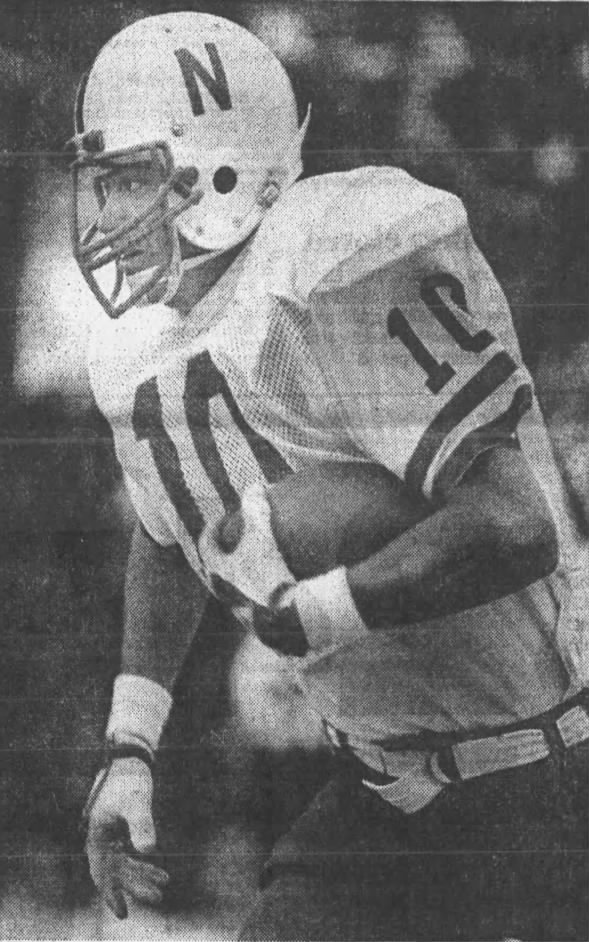 Nebraska defensive back Bret Clark heads upfield after one of his two interceptions. · The Lincoln Star · Newspapers.com

Nebraska’s offense self-destructed for three quarters (with a little help from a fired-up Colorado defense), but the Huskers finally overcame their own errors and CU’s return to black jerseys to record three fourth-quarter touchdowns en route to a 24-7 win.

Junior Travis Turner made his second consecutive start at quarterback, but it wasn’t until after he had been replaced twice by Craig Sundberg that he came on to lead the three winning drives – running for two scores himself and passing for the third to earn Big Eight offensive player-of-the-week honors.

The Husker defense was rock-solid, as usual, holding the Buffs to 137 total yards and 10 first downs.