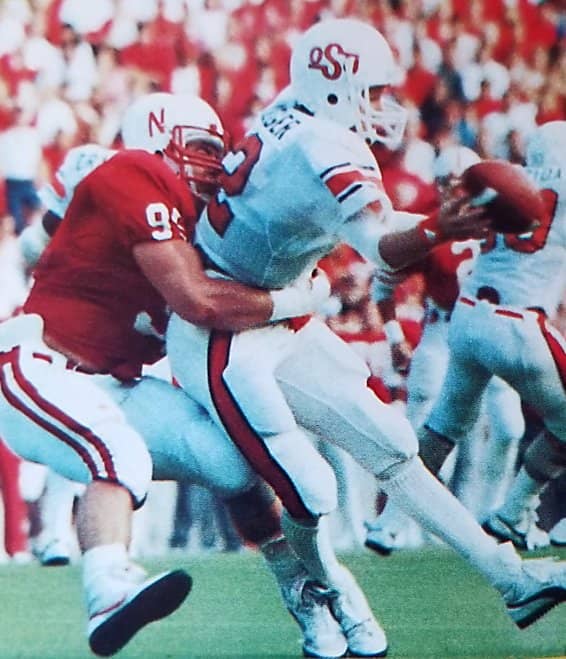 For the first time ever, Oklahoma State (4-0) came into the Nebraska game with a better record than the Huskers (3-1). And for three quarters it looked like OSU might win for the first time in 23 years.

The ninth-ranked Cowboys carried a 3-0 lead into the final period before No. 8 Nebraska finally tied the game with a Dale Klein field goal with 13:05 left. A few minutes later, the Huskers downed a Scott Livingston punt at the OSU 5 and forced the Cowboys to punt on fourth-and-inches. Senior wingback Shane Swanson fielded the ball at the OSU 49 took it back for an electrifying touchdown to get the Huskers over the hump and on their way to a hard-fought 17-3 win.

The Huskers sealed the victory in the final two minutes when quarterback Travis Turner connected with Jason Gamble on third-and-10 from the Nebraska 36. The freshman split end caught the ball at the NU 47, shook off a defensive back’s hit and took it all the way to the end zone.

NOTES: Coming into the game, Nebraska ranked first nationally and OSU fifth in total defense. … The teams punted a combined 18 times and committed three turnovers apiece. … The Huskers were shut out in the first half of a game for the first time in three years.