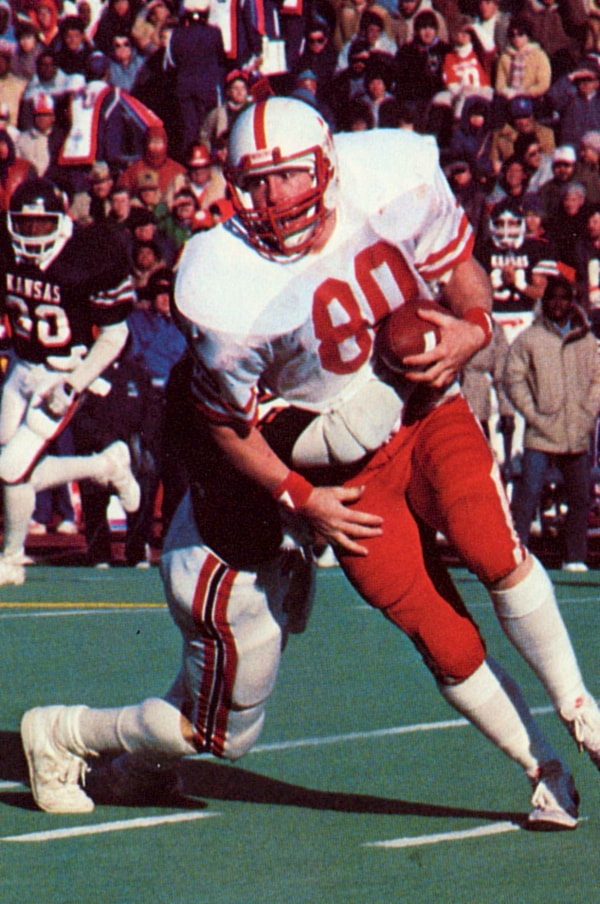 Sophomore I-back Doug DuBose ran for 117 yards and two touchdowns while the Nebraska defense held Kansas to 24 yards rushing to lead the Huskers to a 41-7 win over the Jayhawks.

Quarterback Travis Turner capped scoring drives with 1- and 12-yard touchdown runs on Nebraska’s first two possessions for a 14-0 lead, then the Huskers capitalized on a fumbled kickoff at the KU four to go up 21-0 less than 11 minutes into the game.

Nebraska also got 96 rushing yards from Jeff Smith in clinching at least a share of its fourth consecutive Big Eight title. 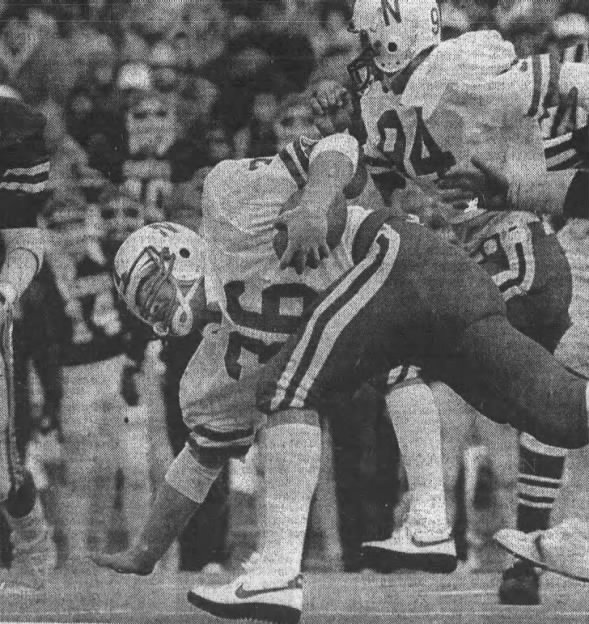 Husker fullback Scott Porter, who gained 61 yards on seven carries, puts a hand down for balance. · The Lincoln Star · Newspapers.com