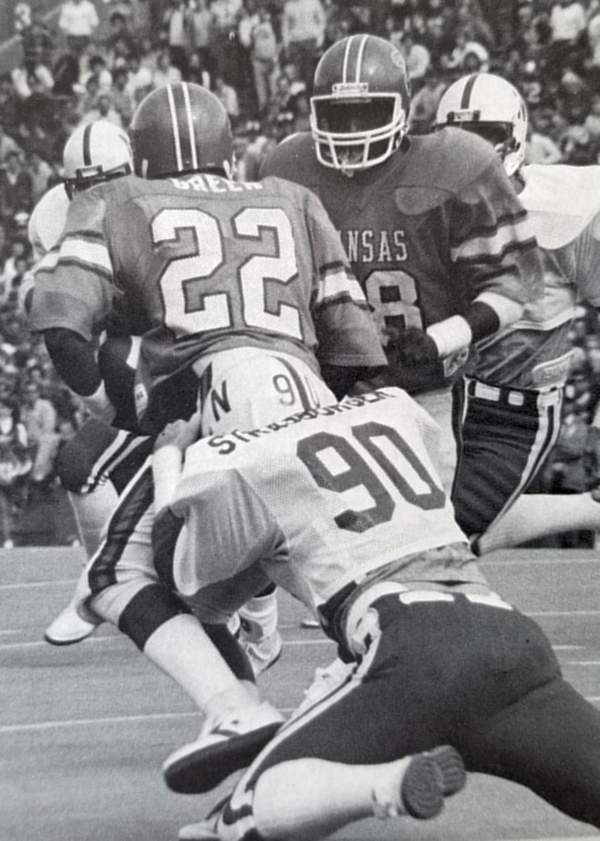 In perhaps the Huskers’ most impressive combined offensive and defensive show of the season, Nebraska recorded 32 first downs to seven for Kansas, outrushed the Jayhawks 426 yards to six and out-offensed the home team, 546-69, in recording its second shutout of the season, 52-0.

Five Huskers scored touchdowns, including I-back Mike Rozier, who had touchdown runs of 25 and 27 yards while enjoying a 123-yard day, and backup I-back Jeff Smith, a Wichita native who ran for a one-yard TD and returned a punt 65 yards for another.

Turner Gill, after suffering a concussion the week before against Missouri, completed 10 of 14 passes for 115 yards, including a 12-yard TD to tight end Jamie Williams.

The win was the Huskers’ 14th straight over the Jayhawks. 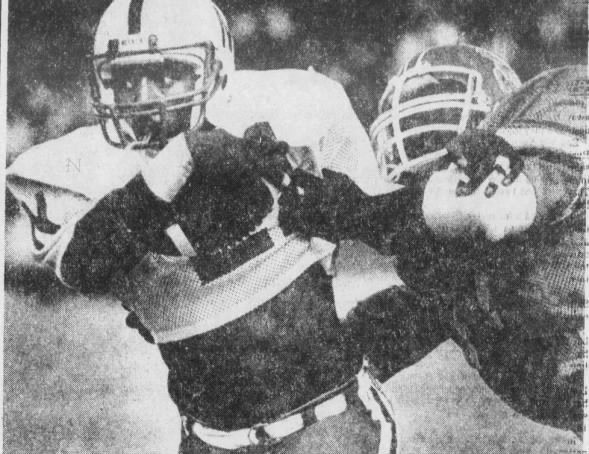