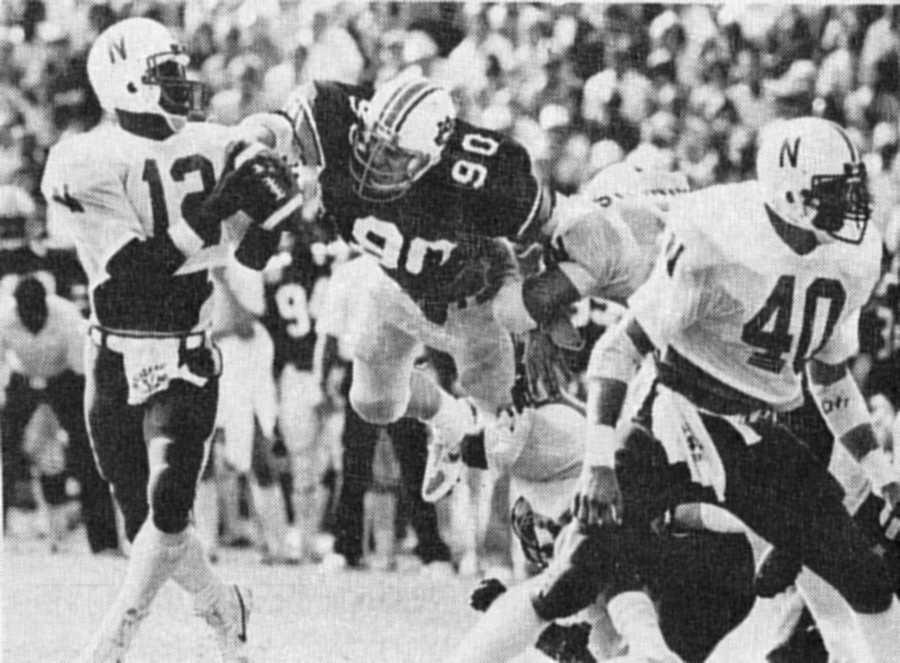 Turner Gill looks for a receiver under pressure from Vernon Blackard. | Courtesy of Nebraska Athletics

Critics wondered whether Nebraska would be able to recover quickly enough from the previous week’s heart-breaking loss at Penn State to handle a tough, unbeaten Auburn team on the Tigers’ home turf-and for more than a half, there was plenty of reason to wonder.

The Huskers struggled to a 14-7 halftime lead and had an anything-but-safe 21-7 advantage after three quarters. Nebraska had benefited from two drive-ending Tiger fumbles to establish that lead, but the Huskers made some key defensive adjustments in the second half to shut off the home club’s outstanding outside speed, and then scored on three consecutive possessions in the fourth quarter to make the final score a deceptively comfortable 41-7.

On the minus side, wingback Irving Fryar sprained an ankle, starting a series of injuries that kept him far from full speed for the next six games.

H’MAX NOTES: The Huskers converted on 16 of 20 third downs and were 2 for 2 on fourth-down plays. … That success contributed to a 12½-minute advantage in time of possession. … Running back Roger Craig did not make the trip after aggravating a thigh injury in the Penn State game. 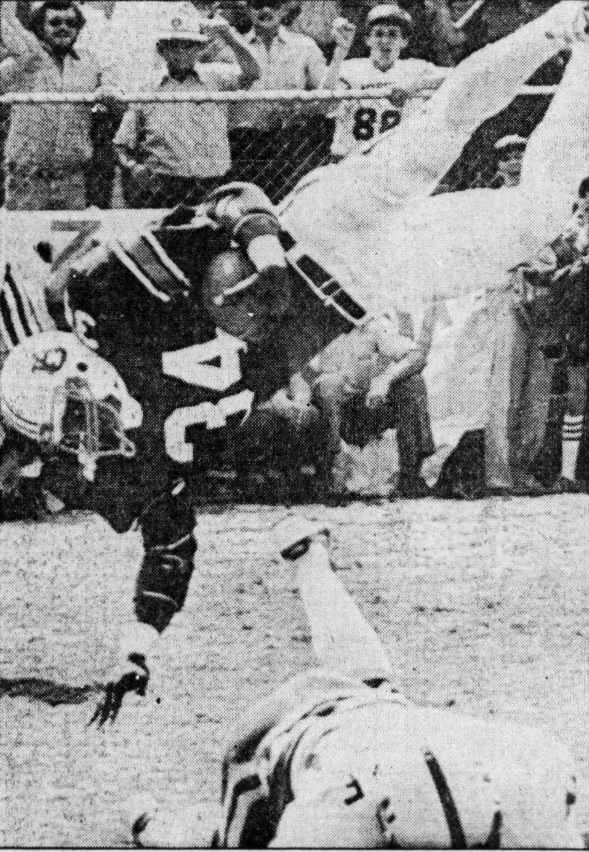 Freshman running back Bo Jackson of Auburn dives over Nebraska’s Dave Burke for a touchdown that tied the game at 7-7 late in the first quarter. · Pensacola (Fla.) News Journal · Newspapers.com