Stung by their own miscues and the ferocious play of the Louisiana State Bayou Bengals, the Nebraska Cornhuskers battled from behind for an impressive 21-20 victory in the 1983 Orange Bowl game.

Nebraska struck early, then suffered an amazing string of uncharacteristic miscues before returning to form with a stirring second-half performance.

Four turnovers led to a 14-7 LSU lead at the half, and the Tigers made it 17-7 midway through the third quarter.

Then Nebraska regrouped with a vengeance, driving 80 yards for a touchdown to cut the deficit to 17-14. That drive featured perhaps the key play of the game, when coach Tom Osborne called for a Turner Gill pass on fourth and one at the Tiger 35. The All-Big Eight quarterback hit split end Todd Brown with an 18-yard strike, and that was quickly followed by an 11-yard TD pass from Gill to Mike Rozier to cut the deficit to 17-14.

The Huskers got a break in short order when LSU’s Clay Parker experienced heavy pressure on a punt and decided to run. He missed the first down and the Cornhuskers got the ball at the Tiger 48. It took only eight plays to go the distance and Turner Gill got the final yard on a sneak for a 21-17 lead with 11:14 left in the game.

LSU came back to boot a 49-yard field goal with 5:05 left, but the Blackshirts kept the Tigers in check the rest of the way to wrap up victory No. 12. 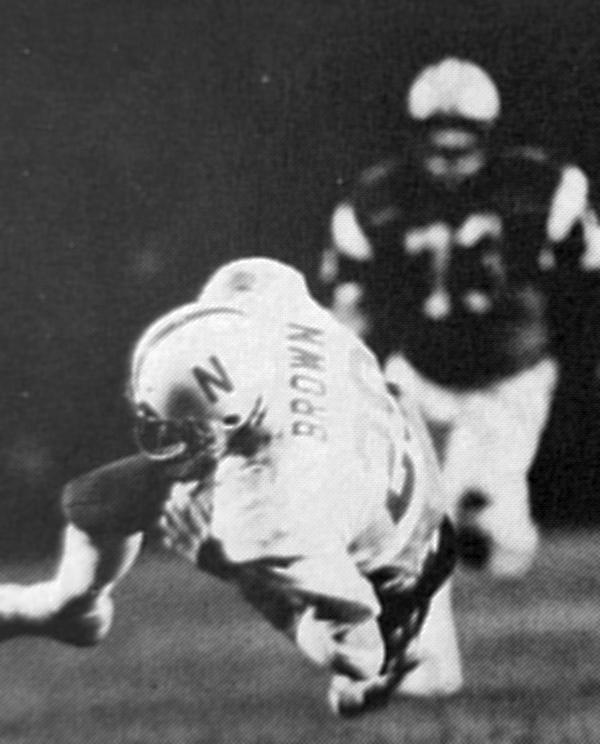