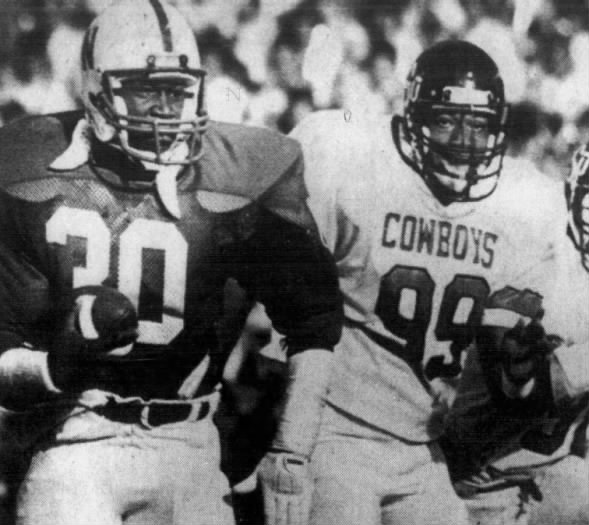 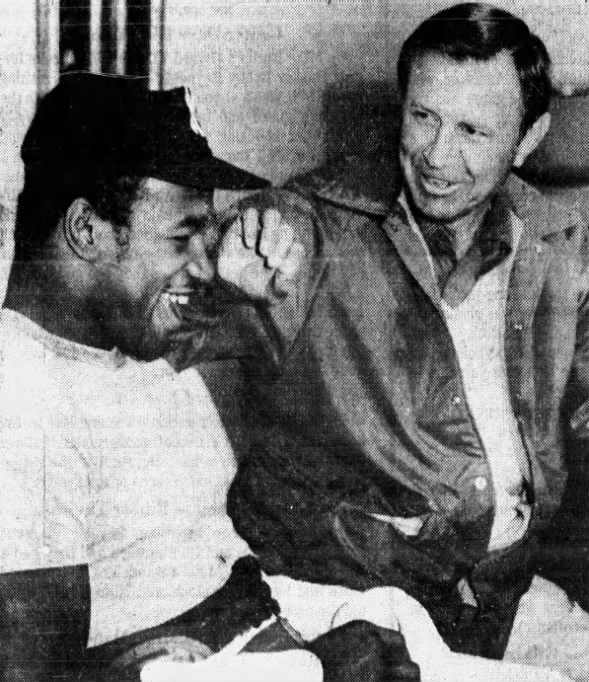 Mike Rozier talks after the game with the man whose single-season Nebraska rushing record he broke, Bobby Reynolds. · The Lincoln Star · Newspapers.com

With four games remaining, Husker I-back Mike Rozier was only 214 yards away from Bobby Reynolds’ 32-year-old Nebraska single-season rushing record of 1,342 yards, and the junior standout seemed certain to smash the mark. The only catch was that Reynolds got those yards in a nine-game season in 1950 — and Rozier was heading into his ninth game when NU took on Oklahoma State at Memorial Stadium.

Rozier had hammered his way to exactly 214 yards and two touchdowns early in the fourth quarter, tying Reynolds’ mark with an unremarkable 2-yard stumble to the OSU 37. He then broke the record with a spectacular 37-yard sprint down the right sideline that sealed the Huskers’ 48-10 win.

The expected duel between Rozier and OSU’s Ernest Anderson never materialized as the eventual NCAA rushing champ (170.6 yards per game) was held to just 68 yards.

H’MAX NOTES: A muffed punt by OSU after the opening possession of the second half “maybe was the key to breaking the game open,” coach Tom Osborne said. … Turner Gill left the game late in the first half with a leg bruise. His replacement at quarterback, Bruce Mathison, suffered double vision after being poked in the eye, so Nate Mason took over late in the third quarter. 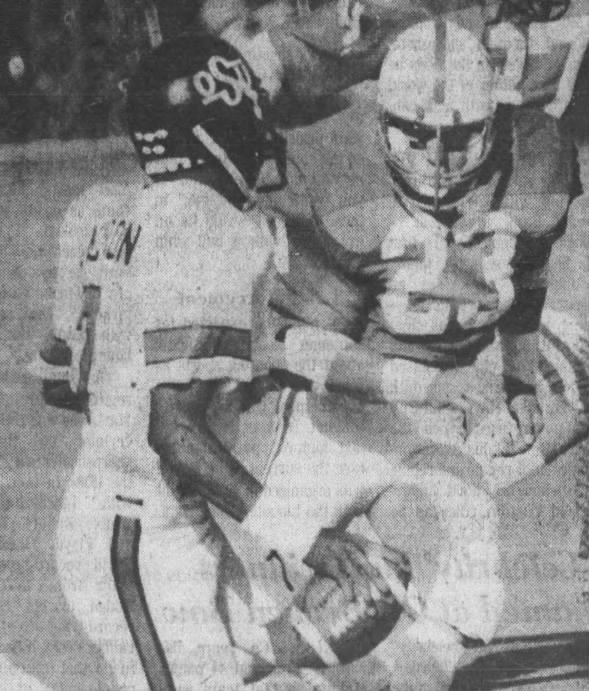 Tim Holbrook closes in on OSU’s Ike Jackson before sacking him for a 16-yard loss. OSU had driven to the NU 11, but the play killed the drive. · Lincoln Journal Star · Newspapers.com