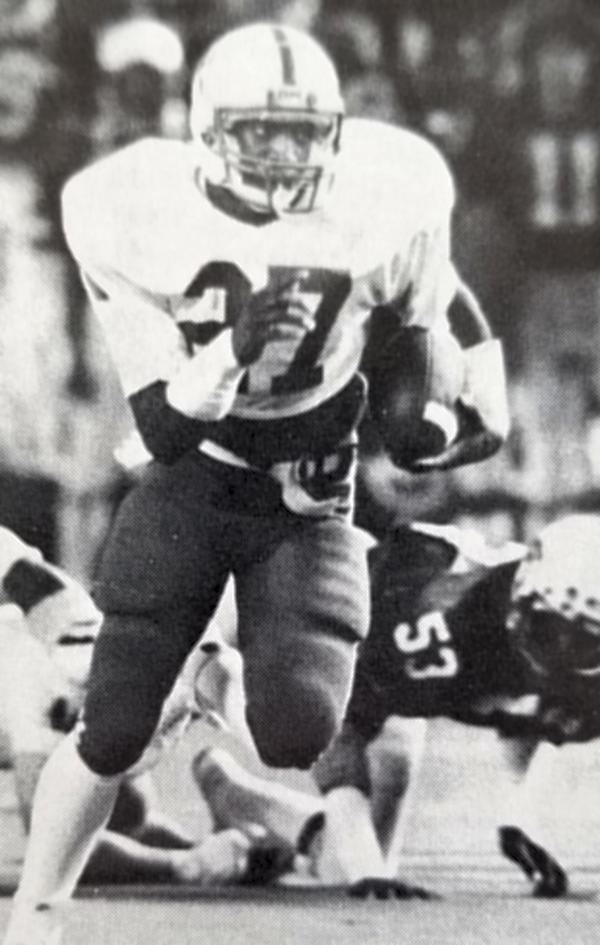 Irving Fryar’s big plays in the second half helped Nebraska win comfortably in the end. | Courtesy of Nebraska Athletics

For three quarters, the 46,876 on hand at Aloha Stadium — including some 8,000 Nebraskans — could hardly believe what they were seeing. Heavy underdog Hawaii had built a 10-0 halftime lead, was still in command, 16-7, entering the final period, and Nebraska was showing no signs of rallying to prevent the college football season’s biggest upset.

However, the nation’s most potent offense took advantage of defense-created opportunities early in the fourth quarter, exploded for 30 points in a little over 10 minutes, and the Huskers kept their fleeting national-title hopes alive with a 37-16 win that was anything but a romp.

Despite the struggle, though, NU rolled up 479 yards on the ground, led by senior Roger Craig’s 127 and Mike Rozier’s 111, the latter wrapping up an NU record season (1,689 yards).