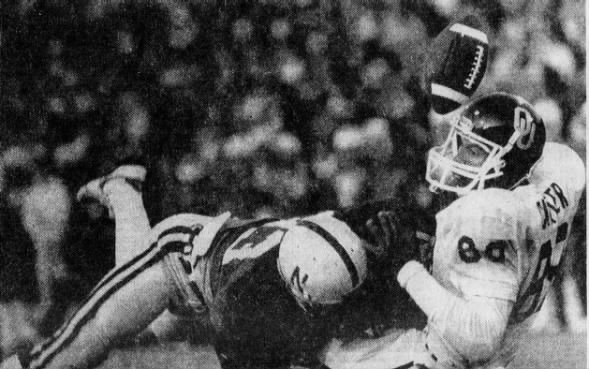 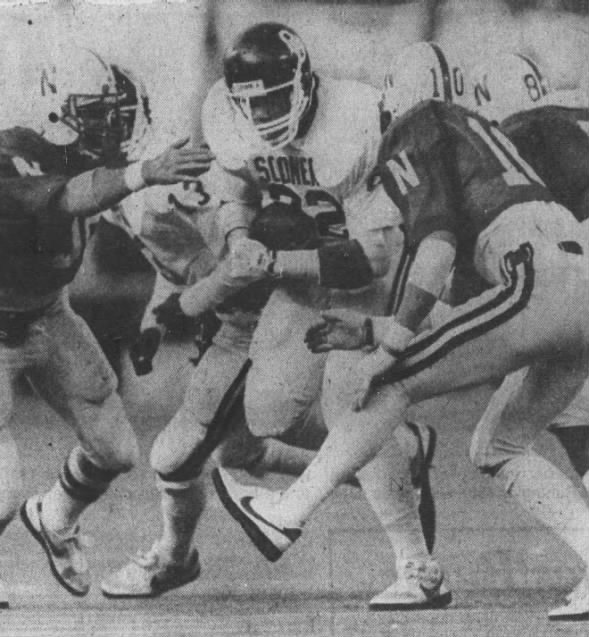 Nebraska wrapped up its second straight Big Eight title and Orange Bowl bid with a fiercely contested, 28-24 win over Oklahoma before its 124th consecutive sellout and a national television audience — but not until defensive end Scott Strasburger’s interception in the final half-minute left killed a last-gasp Sooner effort.

The Huskers trailed, 10-7, early in the second period but put together seven-play touchdown drives of 78 and 62 yards capped by 2- and 14-yard runs by fullback Doug Wilkening to take a 21-10 halftime lead.

OU and freshman sensation Marcus Dupree weren’t finished, though, as Dupree accounted for more than half of his game-high 149 rushing yards when he sprinted 86 yards to score on the third play of the second half, bringing the Sooners within 21-17.

The teams traded long TD drives in the third quarter, then the Sooners were stymied twice inside the Husker 35 in the final period before Strasburger’s interception sealed their fate.

H’MAX NOTES: Strasburger intercepted the ball at the Oklahoma 23 and returned it to the OU 1 with 26 seconds remaining. Fans rushed the field, resulting in a 15-yard penalty against Nebraska. See video. … The goalposts came down, and a number of people were injured in the chaos, including four who were treated at Lincoln General Hospital. … During the third quarter, a UNL police sergeant was taken to the hospital after being struck in the back of the neck by a frozen orange. 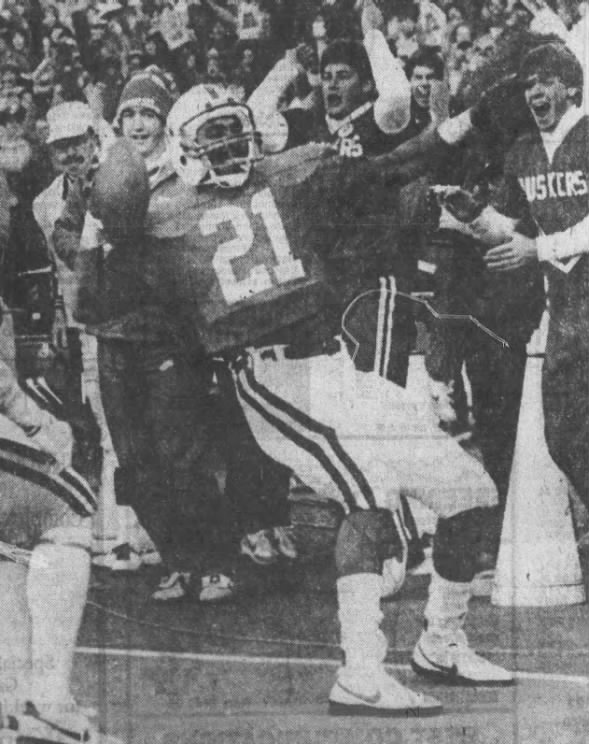