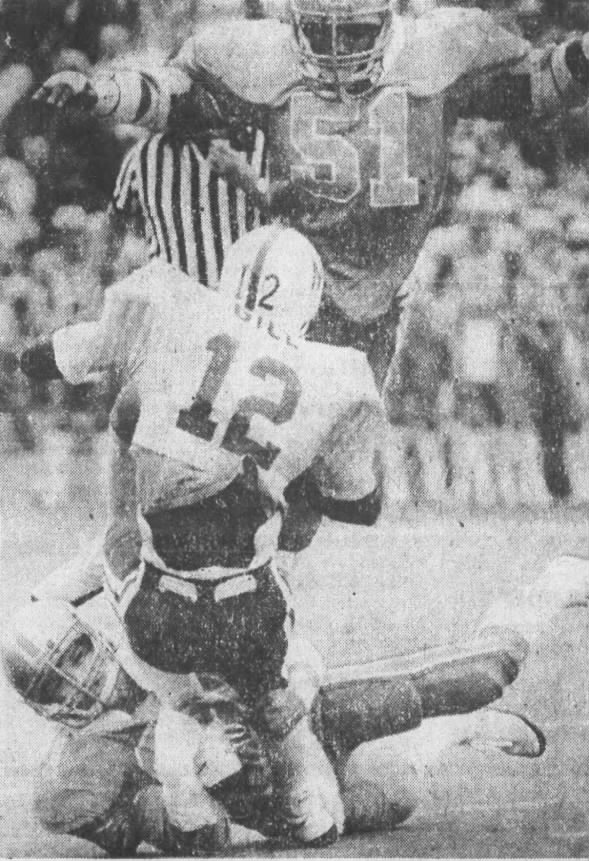 Buffs give Huskers a fight before falling

New Colorado Coach Bill McCartney began pointing his team toward its Big Eight opener against Nebraska almost from the moment he was hired. Critics scoffed, and appeared well-justified when the high-powered Huskers rolled to a 20-0 halftime lead over the underdog Buffs.

However, fired-up Colorado scored two third-quarter touchdowns to cut Nebraska’s lead to a scary 20-14, and, if that wasn’t enough, the Huskers nearly fumbled away the ensuing kickoff inside their own nine.

NU righted itself, though, drove 91 yards in 16 plays to go back up 26-14 midway in the final quarter, then took advantage of two interceptions by linebacker Steve Damkroger — the only ones of his career — to put together two short drives and ice the game.

“I told our players at halftime that it wasn’t over,” said a relieved Nebraska Coach Tom Osborne. “This is the best Colorado team we’ve faced in years.”