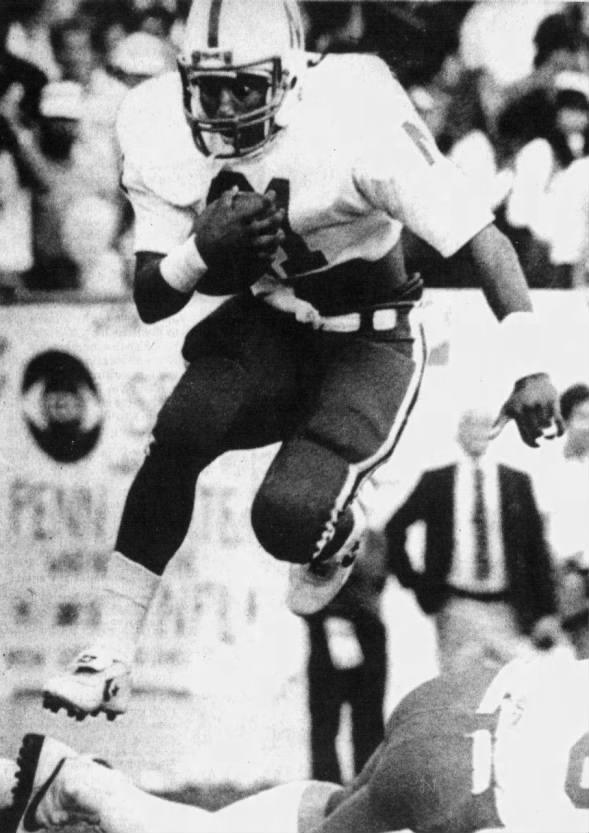 Penn State tight end Kirk Bowman caught a low Todd Blackledge pass deep in the Nebraska end zone with just four seconds left to lift the Lions to a 27-24 win over the Huskers, sending a Beaver Stadium record crowd of 85,304 into a frenzy.

Thanks to a series of Nebraska errors, the Lions controlled the early stages of the game and led, 21-7, just into the third period before the Huskers started to rally.

Nebraska had pulled within 21-17 in the fourth quarter when quarterback Turner Gill, playing before the largest regular-season crowd ever to see the Huskers play and a national CBS-TV audience, guided Nebraska 80 yards in 13 plays in a drive that consumed 6:50, capping the drive himself on a 1-yard run with 1:18 left — only to see Blackledge take the Lions 65 yards in 10 plays.

The winning touchdown was set up by a controversial 15-yard catch by Mike McCloskey on the left sideline with nine seconds left. 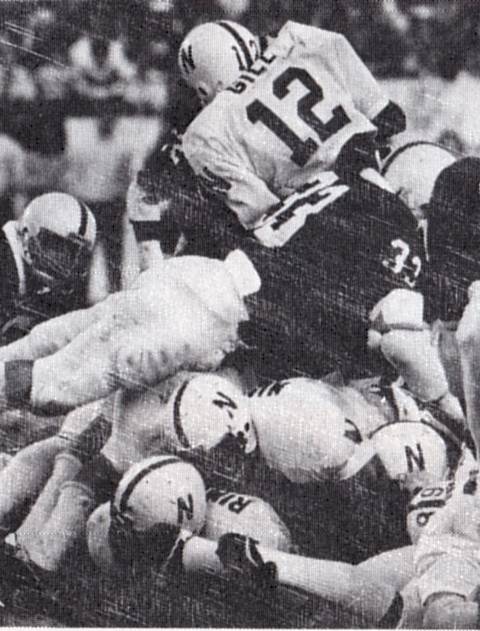