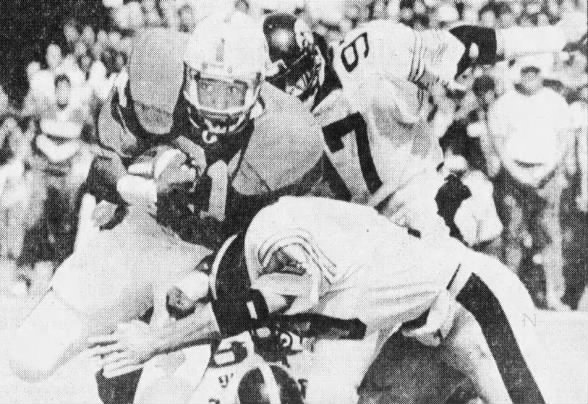 Roger Craig is hit after picking up a first down. · Quad-City Times · Newspapers.com 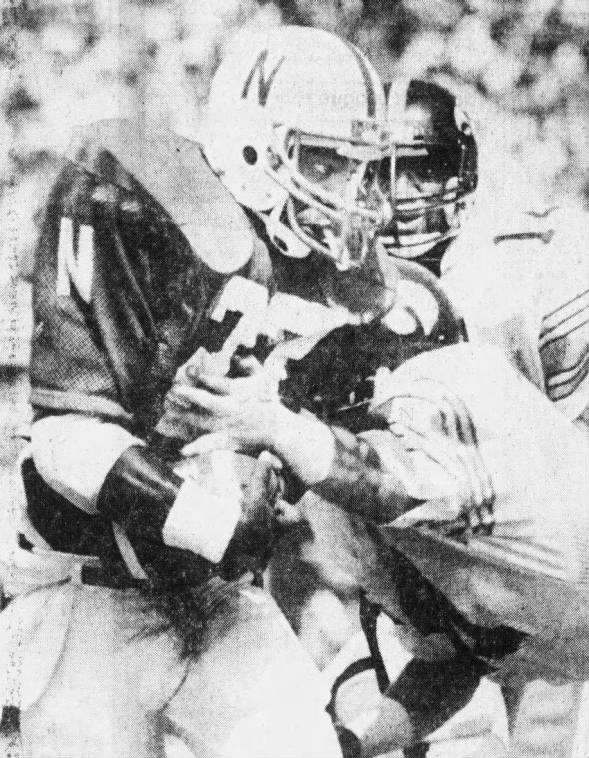 Nebraska’s Irving Fryar gets past defensive back Bobby Stoops at the Iowa 15 on a 41-yard touchdown play in the first quarter. · Quad-City Times · Newspapers.com

Nebraska exploded for two touchdowns in each of the first two quarters, then added two more in the fourth quarter as the Huskers romped to an impressive 42-7 win over defending Big Ten champion Iowa in the season opener.

In the first quarter, fullback Doug Wilkening started things off with a three-yard touchdown run, then Turner Gill threw a 41-yard TD pass to wingback Irving Fryar, who went on to catch six passes for 127 yards on the day.

Roger Craig added a six-yard TD run in the second period, and just before halftime, defensive end Wade Praeuner broke the Hawkeyes’ backs by recovering a fumble in the Iowa end zone for a 28-0 halftime lead.

Nebraska added icing to the cake in the fourth quarter on a nine-yard pass from Gill to Todd Brown and an 80-yard run by Jeff Smith.

H’MAX NOTES: At halftime, Iowa had just one net yard of total offense to Nebraska’s 250. … Praeuner’s touchdown came after the center snap sailed over quarterback Chuck Long’s head on a second-and-one play at the Iowa 29 … Smith’s 80-yard touchdown run came on his first varsity carry.