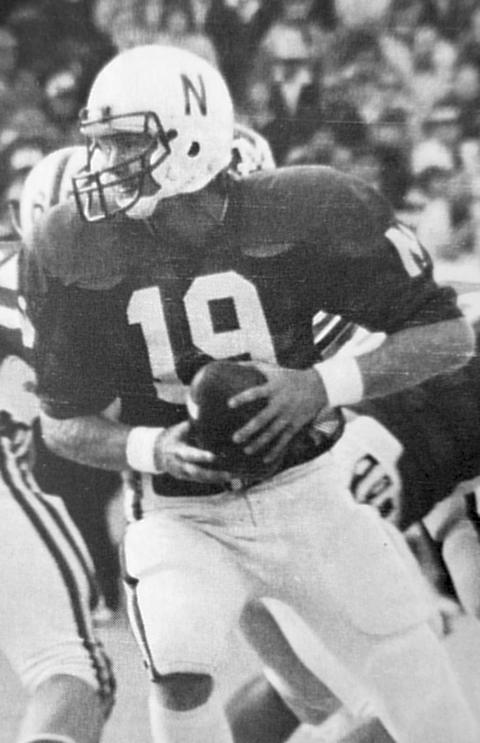 Bruce Mathison took over at QB after Turner Gill was knocked out of the game. The ABC color commentator called the hit on Gill “unnecessary.” | VIDEO | Photo courtesy of Nebraska Athletics

When Husker quarterback Turner Gill left the game with a mild concussion late in the first half and Missouri leading, 7-6, Nebraska’s 122nd consecutive sellout crowd (76,406) and a regional ABC television audience sensed a strong possibility of an upset by the visiting Tigers.

That sensation was a little stronger six minutes into the fourth quarter when Mizzou’s Brad Burditt kicked a 51-yard field goal to give the Tigers a 13-9 lead. But seldom-used senior quarterback Bruce Mathison had his legs under him by that time and he took the Huskers 70 yards in 11 plays for a 16-13 lead with 4:45 left. After a Brent Evans interception, Mathison capped the Husker comeback by sprinting 16 yards to score at the 2:36 mark for an insurmountable 23-13 lead.

I-back Mike Rozier, not expected to play because of a painful hip pointer, came off the bench to rush for 139 yards and earned Big Eight player-of-the-week honors.