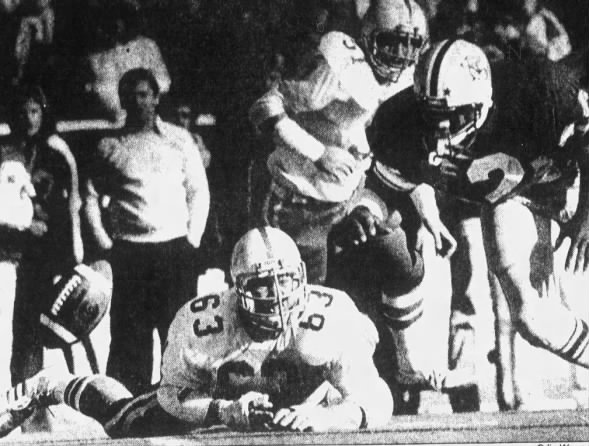 Husker defensive tackle David Clark can’t get up quickly enough to get to the ball coughed up by KSU running back Darryl Black, right. The Wildcats recovered their own fumble this time but lost four others. · The Kansas City Star · Newspapers.com 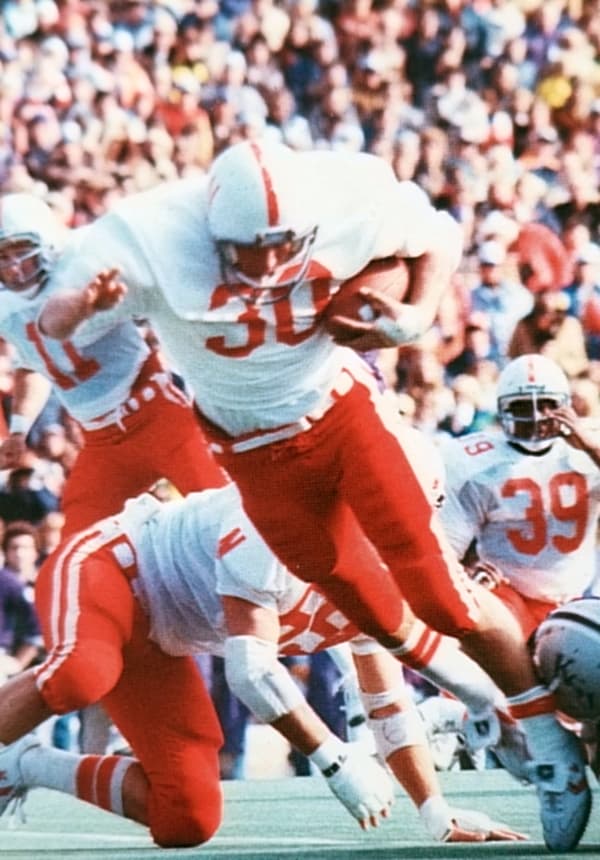 Craig Johnson filled in for Jarvis Redwine at I-back and rushed for 102 yards. | Courtesy of Nebraska Athletics

Second-ranked Nebraska fumbled seven times, losing five, but still escaped Manhattan with a 21-12 win over the Kansas State Wildcats, who suffered eight turnovers of their own.

Husker defensive end Lawrence Cole was a one-man wrecking crew, registering double-digit tackles, a fumble recovery, a pass broken up and an interception that he returned 60 yards for Nebraska’s first touchdown.

Cornerback Ric Lindquist also had an outstanding afternoon as he tied the school record for interceptions in a game with three.

KSU grabbed a 12-7 lead less than five minutes into the third quarter on an 80-yard touchdown drive, but Wildcat fumbles twice gave Nebraska a short field for a pair of second-half touchdowns.

The Huskers again were without I-back Jarvis Redwine, who before the game was the Big Eight’s leading rusher. Filling in for Redwine, Craig Johnson rushed for 102 yards, and reserve quarterback Jeff Quinn was 6 for 10 passing for 58 yards.

Even without mounting a scoring drive longer than 15 yards, the Huskers notched their ninth victory in a row. 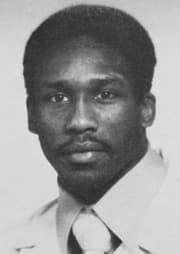