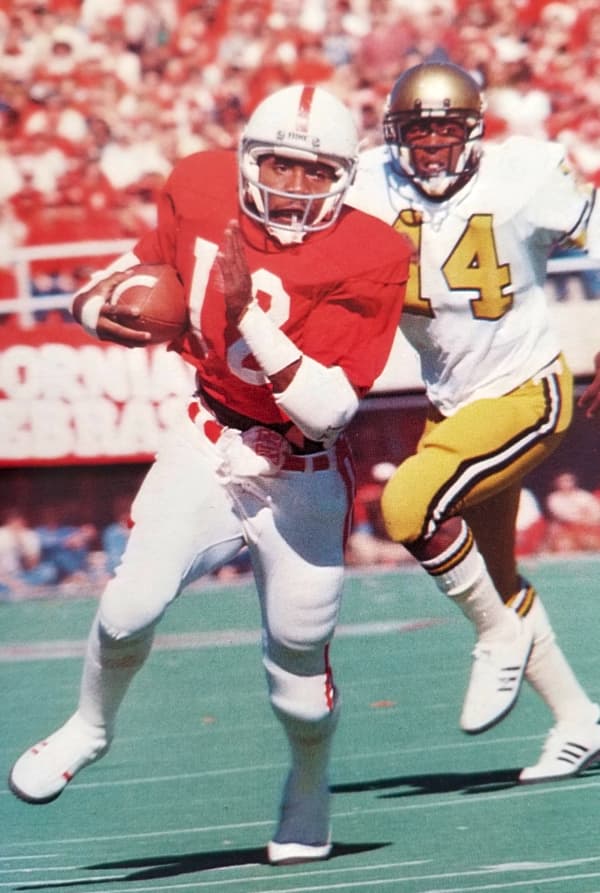 Jarvis Redwine got his 206 rushing yards on just 18 carries. | Courtesy of Nebraska Athletics

Too much
Redwine
knocks Buffs
for a loop

Too much Redwine knocks Buffs for a loop

I-back Jarvis Redwine gashed Colorado for 206 rushing yards and three touchdowns to help give the Huskers a 38-10 win.

The Buffs’ only touchdown came on an interception return of a Tim Hager pass, so it was the Husker defense upping its record to 19 consecutive quarters without giving up a touchdown.

Redwine scored on runs of 23, 56 and 13 yards and saw limited action in the second half.

Statistically, it was all Nebraska with 479 yards while the Blackshirts held the Buffs to 146 yards. It was the Huskers’ 12th straight win over the Buffs.