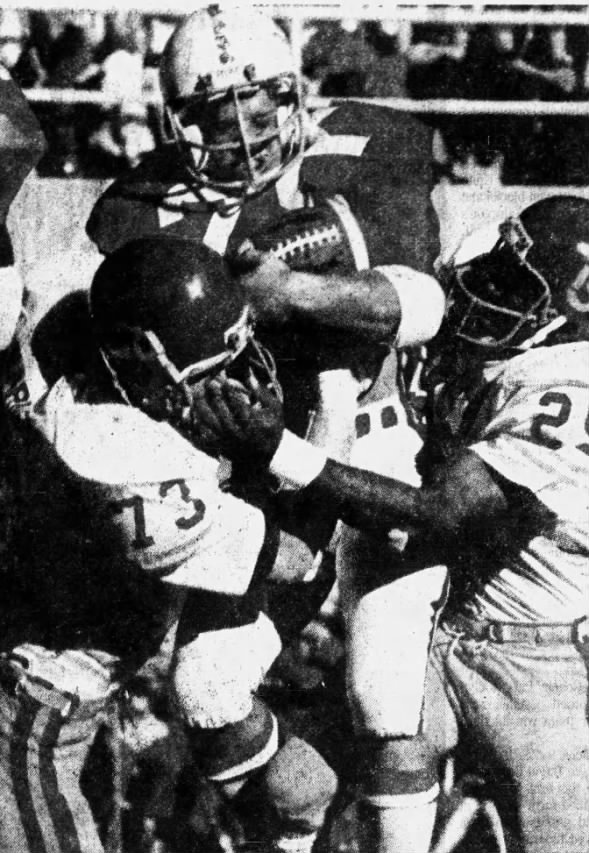 Offense gets rolling again vs. Cyclones

The Husker offense, which had sputtered the previous two games, seemed to get untracked again as Nebraska easily outdistanced Iowa State 34-3.

Quarterback Jeff Quinn and tight end Junior Miller hooked up six times, including second-quarter touchdowns of 13 and 19 yards. Miller ended the day with 83 receiving yards and had three rushes for 22 yards.

Once again the Huskers were without I-back Jarvis Redwine, who was injured during the first series, but I.M. Hipp and Craig Johnson filled in well. The Huskers scored on all five of their first-half possessions on their way to a 28-0 lead at intermission.

The win gave Nebraska its first 10-0 start since 1975, and a shootout with Oklahoma for the Big Eight championship was set.