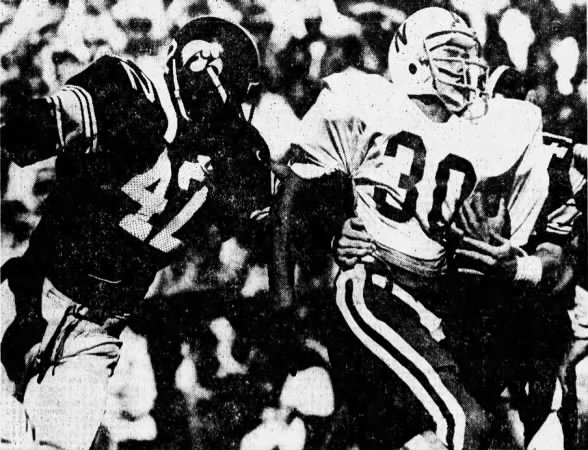 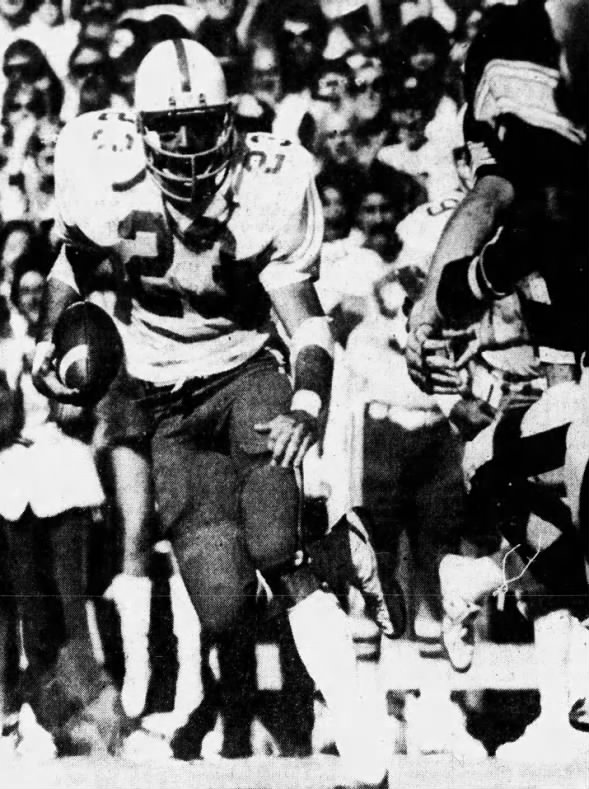 Huskers rally past Hawkeyes in second half

It took a stout Nebraska defensive effort in the final period, an alternate quarterback (Tim Hager), two alternate I-backs (Jarvis Redwine and Craig Johnson) and a senior field goal kicker (Dean Sukup) for the Cornhuskers to down upset-minded Iowa, 24-21.

Iowa took a 7-0 lead in the first period ater an I.M. Hipp fumble, and the Huskers had some catching up to do. The Hawkeyes stretched their advantage to 21-7 with 5:21 remaining in the third quarter, and then it was Hager, Redwine and Johnson to the rescue.

NU scored touchdowns on its next two possessions, with Hager scoring the first time and Johnson over the middle for the tying score. Senior monster back Mark LeRoy then forced a fumble, and Derrie Nelson recovered at the Nebraska 42. The Huskers drove to the Iowa 13, where Sukup kicked a 30-yard field goal to give Nebraska the win.

LeRoy was named Big Eight Defensive Player of the Week for his performance in the come-from-behind victory.

NOTE: This was the first Nebraska game to be televised by ESPN, although it was not shown live by the up-and-coming cable channel.