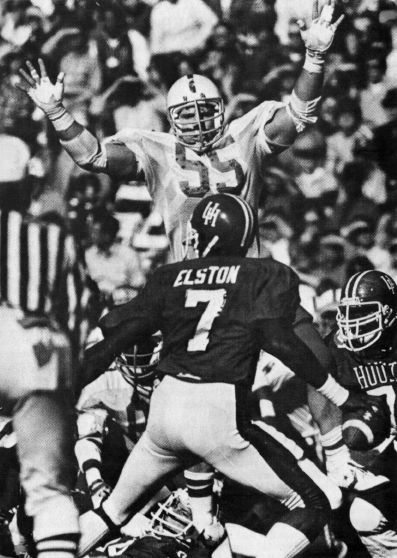 Cougars
nip Huskers
at the wire

Cougars nip Huskers at the wire

It came down to a game of seconds as Houston, the Southwestern Conference champion, defeated Nebraska, runner-up in the Big Eight, 17-14 in the 44th annual Cotton Bowl game in Dallas.

With 5:13 left in the opening quarter, the Huskers struck first when junior I-back Jarvis Redwine scored on a nine-yard run to cap an 85-yard drive. Houston came back strong and marched 71 yards to score early in the second quarter on an eight-yard run by substitute quarterback Terry Elston. 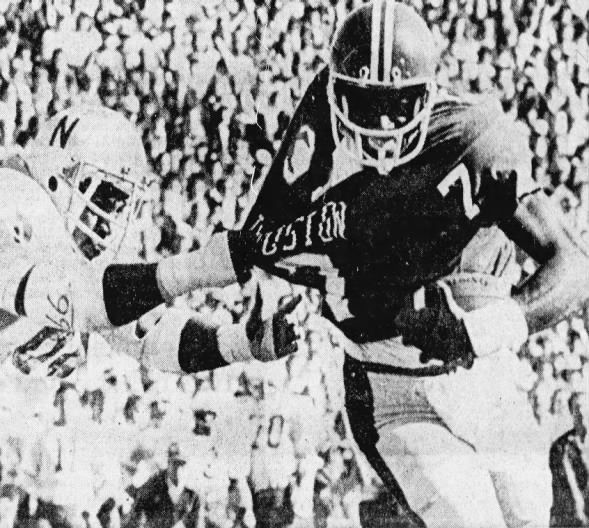 Brent Williams has Terry Elston by the jersey, but it isn’t enough to stop the Houston QB from scoring in the second quarter. · Wichita Falls (Texas) Times Record News · Newspapers.com

The 7-7 tie is how things stood until midway through the fourth quarter when Houston’s Ken Hatfield booted a 41-yard field goal to give the Cougars a 10-7 lead with 8:25 left in the game. After a fumble recovery by Bill Barnett gave Nebraska the ball at the Houston 31, Nebraska regained the lead, 14-10, on a six-yard pass from quarterback Jeff Quinn to junior tight end Jeff Finn with 3:39 remaining.

Houston took the ensuing kickoff and drove 60 yards in 12 plays, down to the NU six yard line. On fourth and goal, Elston threaded the ball between three Nebraska defenders in the end zone and Eric Herring caught it for the winning score with 12 seconds left. 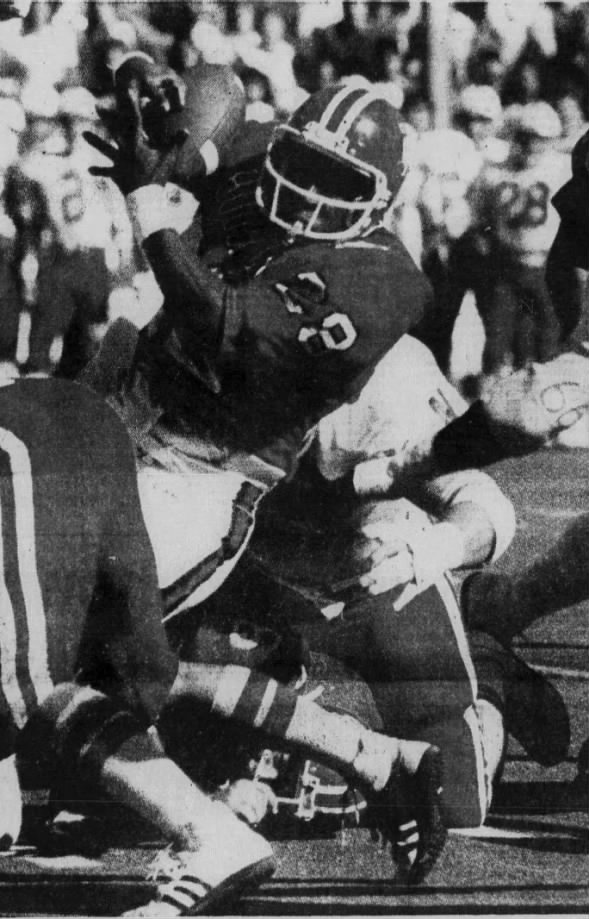 The Cougars’ John Newhouse fumbles on a hit by Derrie Nelson in the fourth quarter. Bill Barnett recovered at the Houston 31, giving the Huskers a short field for their go-ahead touchdown. · The Lincoln Star · Newspapers.com