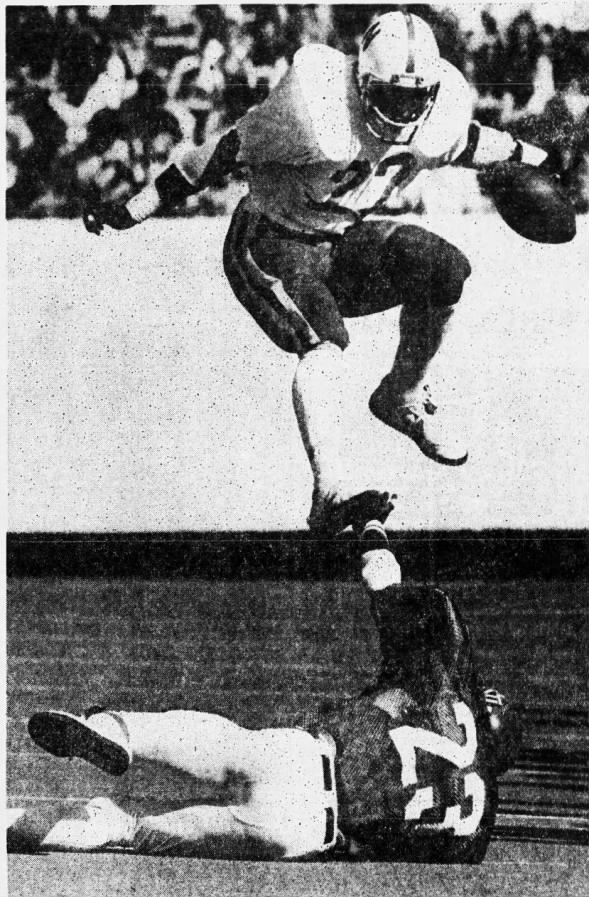 It was the third consecutive shutout for Tom Osborne’s super-charged Cornhuskers as they downed Oklahoma State 36-0. Nebraska reeled off 596 yards of total offense to the Cowboys’ 116.

Kenny Brown became the first Nebraska wingback to rush for 100 yards in a single game, a feat that not even Heisman Trophy winner Johnny Rodgers ever pulled off. Brown raced for 111 yards on eight carries, caught three passes and was named the Big Eight Offensive Player of the Week.

The Nebraska defense was a fortress as the Cowboys crossed the midfield stripe only twice.