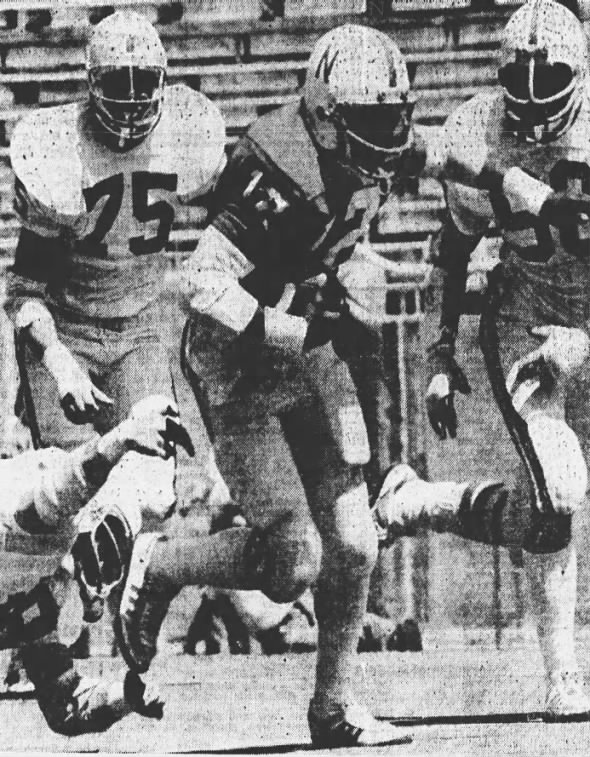 Jarvis Redwine, who transferred from Oregon State and will be a junior this season, showed what he could do in the Spring Game, as star senior I-Back I.M. Hipp was absent because of a broken thumb.

Redwine gained 94 yards in 16 carries and scored one touchdown. Redwine’s speed – he’s been clocked at 4.35 in the 40-yard dash – accounted for much of his yardage.

At quarterback, junior Jeff Quinn proved why he is the No. 1 signal caller going into fall camp. He was five of eight passing for 79 yards, and he gained 34 yards rushing on eight carries. Sophomore Mark Mauer completed four of 10 passes for 92 yards, including a 52-yarder to frosh split end Todd Brown.

The Huskers’ offensive line – tight end Junior Miller, tackles Dan Steiner and Mike Bruce, center Kelly Saalfeld, and guards John Havekost and Randy Schleusener – began to assert itself in the second half. Overall, the Reds gained 250 yards on the ground.