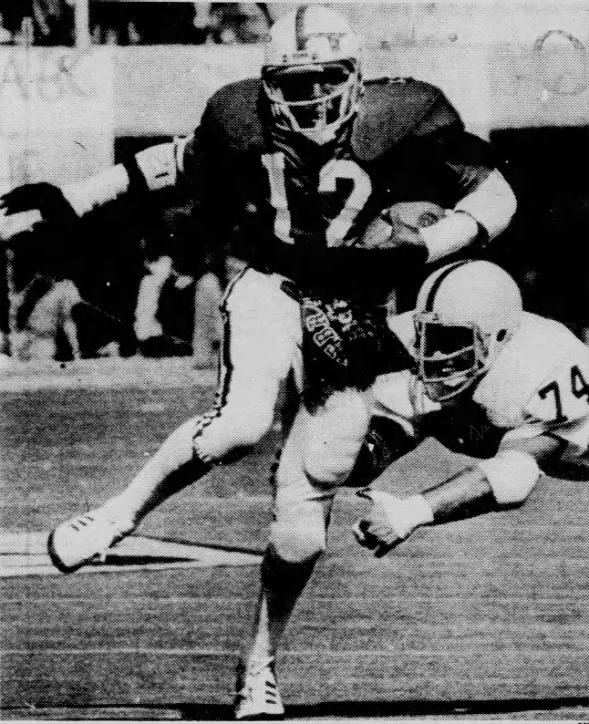 Things looked grim for Nebraska in the early going as 18th-ranked Penn State jumped out to a 14-0 lead in the first period. But then the dam broke as the sixth-ranked Huskers flooded the scoreboard with points — 28, to be exact — in the second quarter en route to a 42-17 win in Lincoln.

The big hookup came with quarterback Tim Hager to tight end Junior Miller as the two teamed for two touchdowns of 11 and 70 yards. But Hager and Miller were not the only NU stars as Jarvis Redwine and Kenny Brown both played outstanding. Redwine finished the game with 124 yards despite not starting, and Brown made several great catches and scored on the ground from 16 yards out.

In the second half, the Blackshirts held Penn State to just 3 points and 66 yards, while the offense mounted drives of 69 and 57 yards for fourth-quarter touchdowns that put the game well out of the Nittany Lions’ reach.

Penn State’s first-quarter touchdown pass would be the last TD given up by the Nebraska defense for 20 straight quarters.

NOTES: It was the second week in a row the Huskers overcame a 14-point deficit. … The game marked the 100th consecutive home sellout at Memorial Stadium.