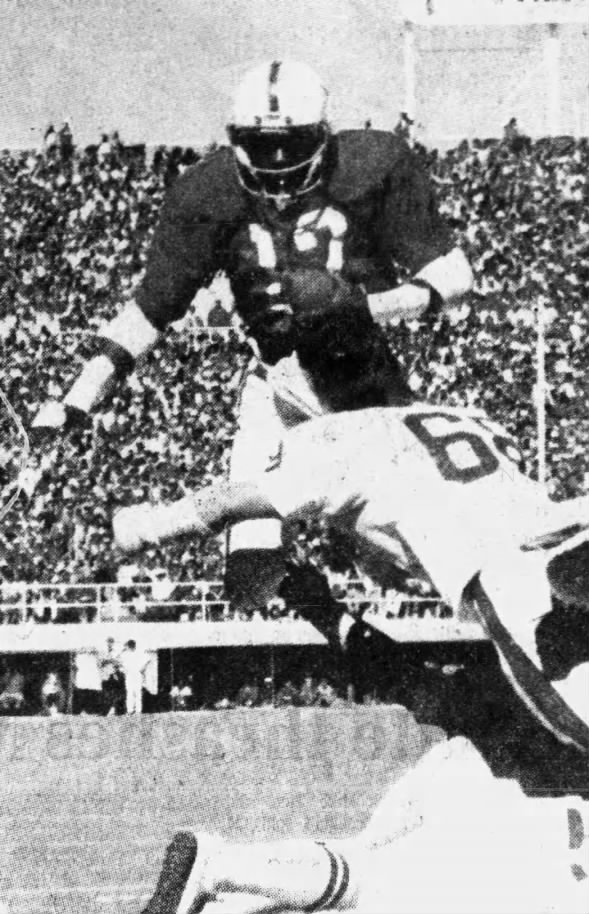 Jarvis Redwine scores the Huskers’ second touchdown on a 1-yard leap over the center of the Nebraska line. · Lincoln Journal Star · Newspapers.com

84 Huskers play in rout of Aggies

Jarvis Redwine made his first start for Nebraska and raced up and down the field for 120 yards on only 16 carries and played only in the first half as the Huskers had their way against outmanned New Mexico State, 57-0.

Nebraska showed brilliance in both the offensive and defensive categories, rolling up 569 yards total offense and holding the Aggies to 88 yards rushing.

Eighty-four players saw action for the Huskers, and even the Nebraska freshman backfield got into the game.

Three touchdowns in the first quarter — including one by Redwine and one by tight end Junior Miller on a reception of 43 yards from Tim Hager — pushed the Cornhuskers to a 31-0 halftime lead.

The Nebraska Blackshirts were immovable as they posted their first shutout of the ’79 season.