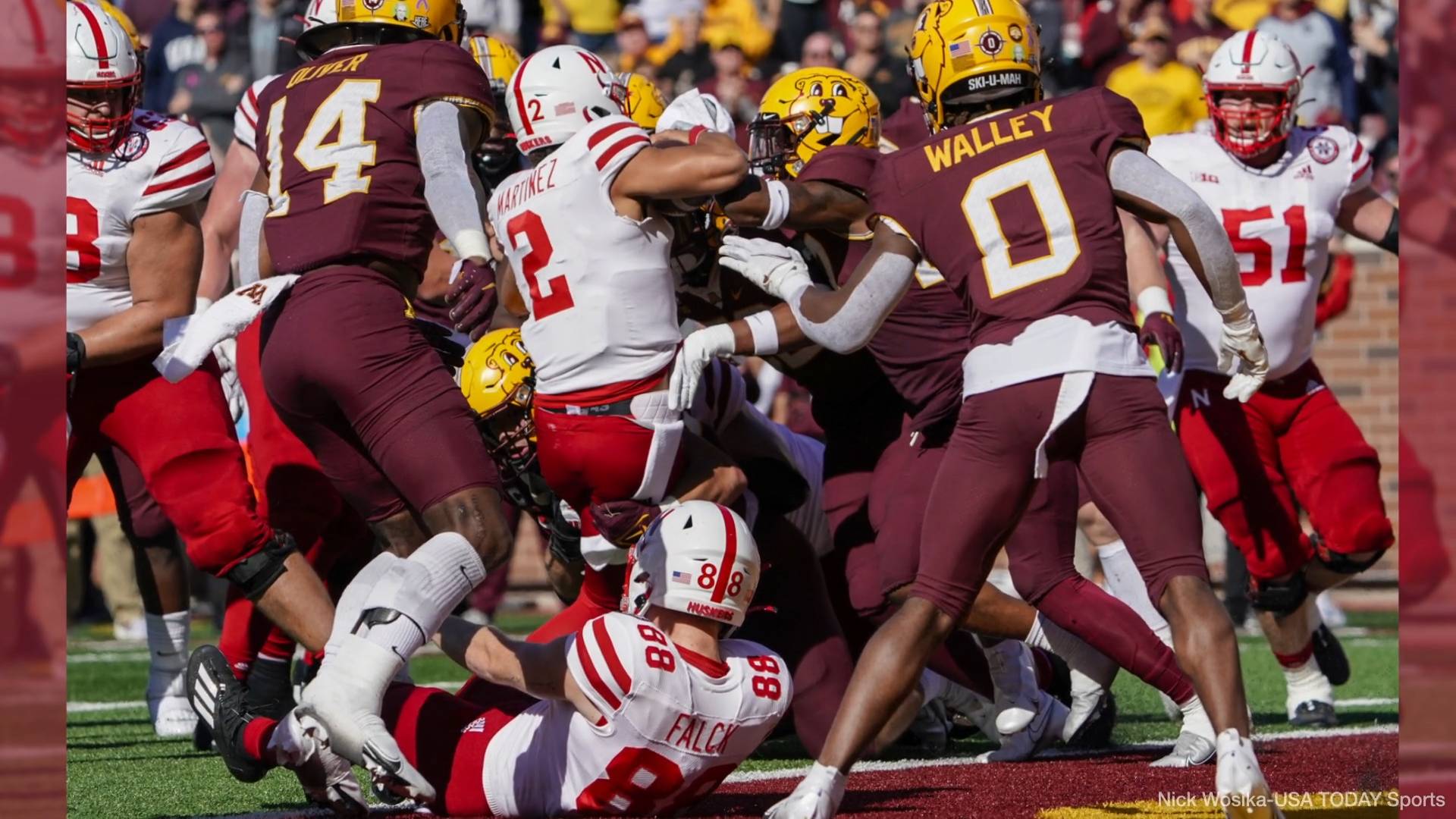 Porous defense in the first half and missed scoring opportunities after intermission added up to another one-score setback for Nebraska.

The Gophers dominated the first 30 minutes, taking a 21-9 lead into the locker room thanks largely to nearly perfect passing from Tanner Morgan.

Nebraska’s defense rebounded with a pair of third-quarter interceptions, but the offense couldn’t take advantage of the second one, turning the ball over on downs at the goal line and then missing a short field goal. A promising possession in the fourth quarter ended with another turnover on downs.

Minnesota pulled away late on a safety and a 56-yard touchdown run, and Nebraska answered with a quick 75-yard touchdown drive to pull within 7 with 1:12 remaining. The subsequent onside kick was unsuccessful, and the Gophers ran out the clock to seal their third consecutive win over the Huskers.

It’s bad enough that the offensive line is unable to grow up, but when the offensive coaching staff shows the same symptoms ... it’s profoundly unsettling.

The entire first half was exactly what Fleck and the Gophers wanted, which was as predictable as Nebraska battling back in the second half and coming up short.

It simply came down to a flat start and then poor execution in the red zone in the second half.

As they’ve done so many times before, the Huskers sleepwalked out of the gates. That might result in a death blow to their postseason hopes

Five losses. All by one possession. Dealer’s choice on which one leaves the bitterest taste, but you could make an argument for any of them.

What happened here wasn’t about one or two or three players. Or plays. This was a program loss. A team loss.

The Gophers weren’t world-beaters on Saturday, but they played an excellent first half of football.

Certain mistakes have, without fail, in nearly the same exact order, happened to Frost’s squad when it falls short.