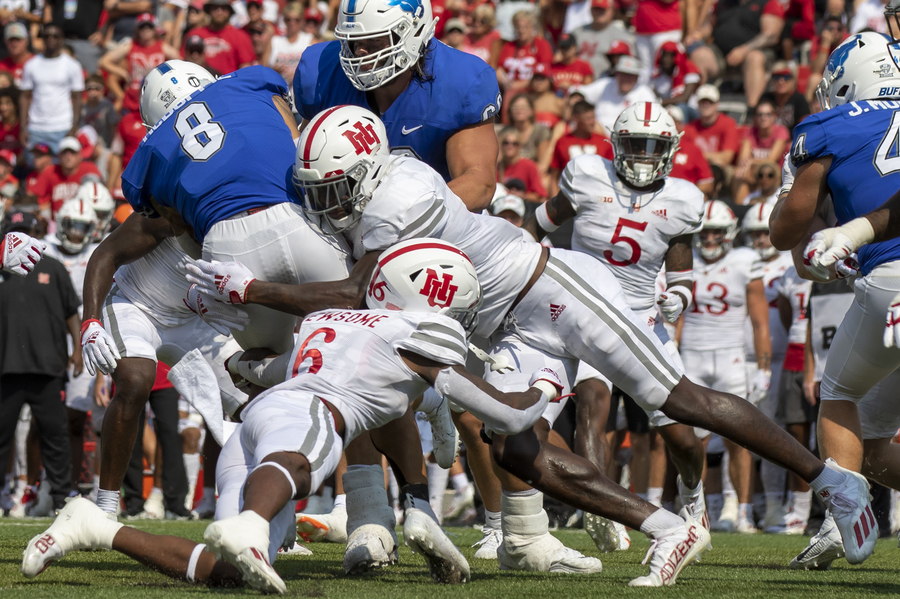 Sustained touchdown drives were not to be had by either team, but Nebraska cashed in on big plays on both sides of the ball to put away Buffalo on a sizzling day in Lincoln.

Samori Toure had a pair of 68-yard TD receptions from Adrian Martinez, who rushed for 100-plus yards, including a 71-yarder that set up the Huskers’ first score.

Luke Reimer’s interception return to the Buffalo 2 early in the fourth quarter set up another of Nebraska’s touchdowns.

The three points yielded by the Husker defense was the lowest point total allowed by the Blackshirts since the 2011 game against Michigan State.

This game was notable in that Scott Frost and his team seemed content to win it the ‘Big Ten way.’

This was a step in the right direction for the Huskers, but there is still so much more out there.

Nebraska put together ... a better win than all but the most extreme optimist could’ve projected.

At some point, the risk outweighs the reward, and Nebraska is well past that with Taylor-Britt at punt returner.

Because of Nebraska’s dominance in stopping the run ... Buffalo had to morph its identity

I thought the Huskers had a chance to lose this one, so I won't downplay the win.

Give Nebraska’s defense credit. A lot of it.

His performances the past two weeks are precisely what Husker fans envisioned when Martinez took the reins back in 2018.