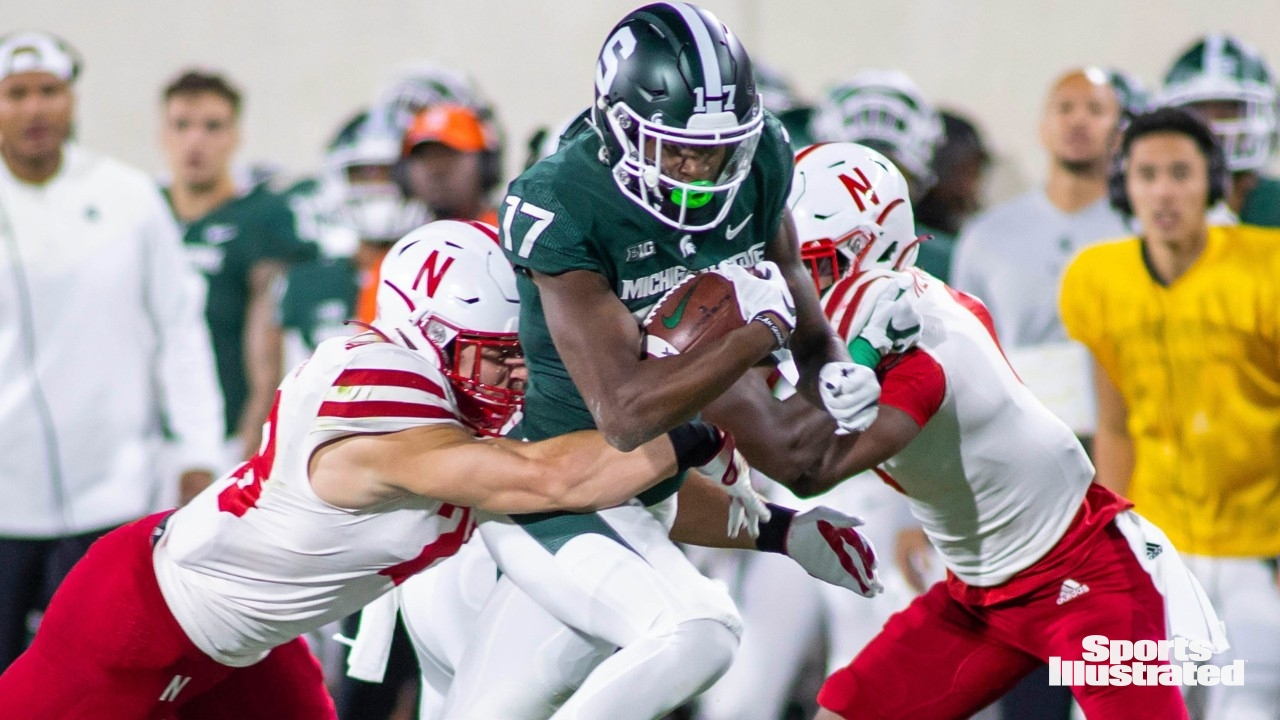 A superb second half by the Blackshirts went for naught, and a signature win again eluded Scott Frost’s Huskers as Nebraska fell in overtime to 20th-ranked Michigan State in East Lansing, 23-30.

Nebraska took a 20-13 lead midway through the fourth quarter on an 11-play, 80-yard drive. With the Spartans going nowhere after halftime against the Husker defense (zero first downs in the final 30 minutes of regulation), that lead appeared safe until Michigan State’s Jayden Reed returned an ill-placed Nebraska punt 62 yards for a the tying touchdown with under four minutes to play.

The Huskers had the first possession in overtime, but the Spartans picked off an Adrian Martinez pass, and a short field goal was all Michigan State needed to pull off the victory.

All you have to do is play conservative and wait for the Huskers to muck things up. Works like a charm.

It’s a shame arguably one of the best halves of football we’ve seen a defense play at Nebraska was wasted.

Coaches that can’t exert some sort of influence over what happens on the field are just caretakers.

Three hours of roller-coaster ups and downs and finally a Scott Frost program that was about to arrive. Wiped away, just like that.

You make your luck in this world. But Nebraska? Well, it makes its own nightmares.

The Huskers’ strengths are indeed getting stronger in year four. It doesn’t matter because their weaknesses are improbably getting weaker.

Whatever Nebraska was doing all offseason with its promised emphasis on improving special teams, it didn’t work.

Frost’s team lost in what can be best described as a perfect storm consisting of all Nebraska’s worst fears.

One or two plays, sometimes a few, can change the tone of everything. That’s what happened at Spartan Stadium on Saturday night.

Give the most credit to Tucker, who prepared his team for a ‘double mouth guard game.’