No. 3 Sooners stave off Husker rally

The Huskers battled the nation’s No. 3 team toe to toe, but special-teams blunders proved costly in a 23-16 loss to Oklahoma in Norman.

Underdogs by 22½ points, Nebraska trailed by just 7-3 at halftime before Oklahoma opened up a 23-9 lead early in the fourth quarter. The Sooners were aided by a missed 35-yard field goal and a blocked PAT that was returned for an Oklahoma two-pointer, amounting to six net points squandered for Nebraska.

The Huskers pulled to 23-16 with 5½ minutes left in the game. Despite the Sooners’ own special-teams blunder on the ensuing kickoff, pinning themselves deep in their own territory, Nebraska could get no closer as Oklahoma burned all but 57 seconds of the remaining time. 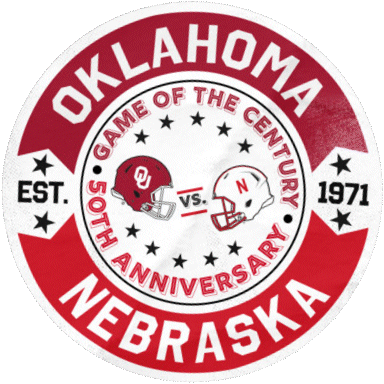 It was almost like the 1970s Huskers showed up, except they brought along the 1950s o-line.

Nebraska proved to the nation they can play with anyone ... but this program remains without a ‘we’re back’ moment for fans to look to.

It’s hard to feel like the offense played well. Played hard? Without question. But it wasn’t clean.

The question now is can we see this same Nebraska team every week?

Husker fans came into this one with their hands covering their eyes. ... But then the game started.

In the end, an incredibly loyal and hungry Nebraska fan base was left with conflicting emotions.

While there were moments where Nebraska’s offensive line seemed to take some steps forward, Saturday was another bad day for the unit overall.

The offense may well be the thing that holds this team back. How crazy is that?

A reunion nearly became an revival — not only of a grand rivalry, but of Husker football itself.

Almost every time Oklahoma attempted a knockout blow, Nebraska responded, either with a defensive stand or offensive response.

Close. That’s the word that’s been tossed around now for four seasons.