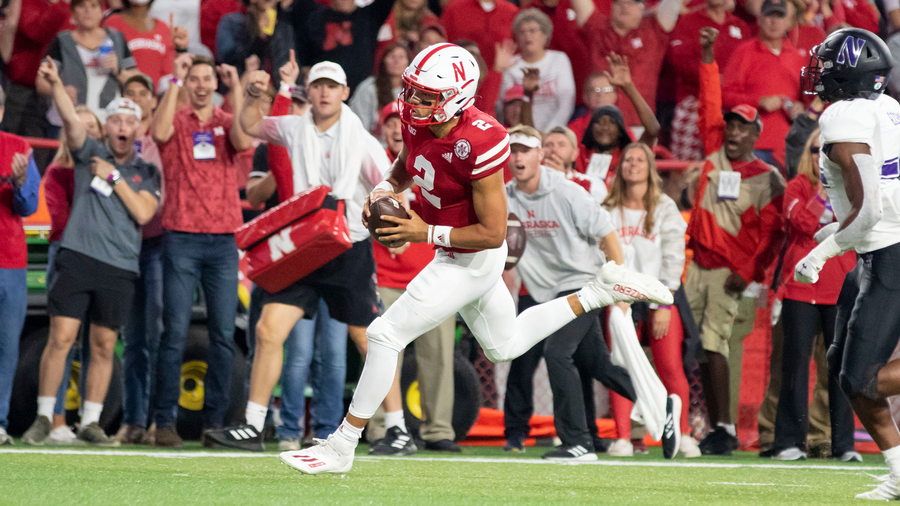 Nebraska took control on the opening play from scrimmage and never looked back in posting the Huskers’ highest point total ever in Big Ten play and their most lopsided conference win since 2000.

The Huskers rolled up more than 400 yards of offense by halftime and coasted to the 56-7 win on Homecoming night. Big plays by Jaquez Yant, Samori Toure, Zavier Betts and Adrian Martinez sparked the offense, while a pivotal first-half stop near the goal line by JoJo Domann and Deontre Thomas was a highlight on the defensive side.

It was one game, according to Frost. Just one game. And that’s a good way to look at it.

A team has to play well to win by seven touchdowns, and this game might’ve been Nebraska’s best under Frost in terms of complete effort.

The left side of Teddy Prochazka and Nouri Nouili looked physical. They fired off the ball and this was a different-looking offensive line than the one we’ve seen the last five weeks.

Next week, and the weeks after that, will tell us what this all meant. But it sure looked like an arrival.

Even if you sensed Nebraska was on the verge of a breakthrough triumph, it was difficult to imagine this level of dominance.

A declining powerhouse reinvented itself with trendy, new offensive plays, hard-nosed defense and an old-fashioned beatdown of the defending division champs.

It’s not a cause for full-on celebration, but to quote Frost, Saturday night was ‘a good first step.’