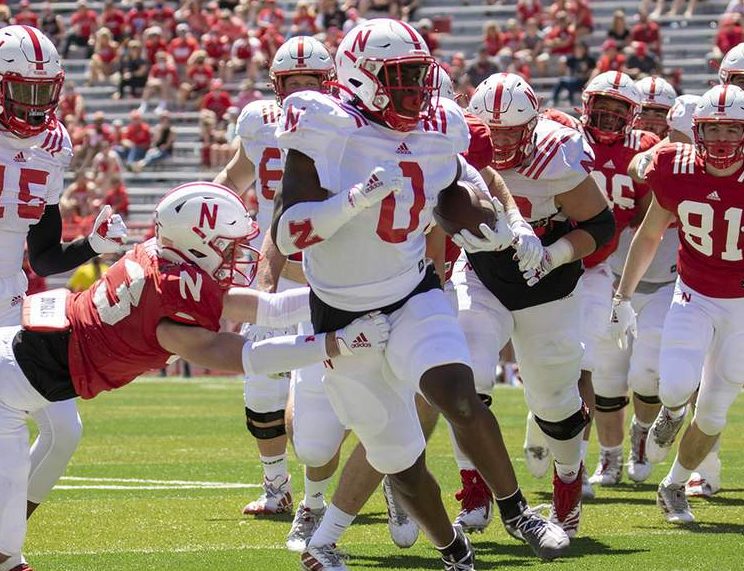 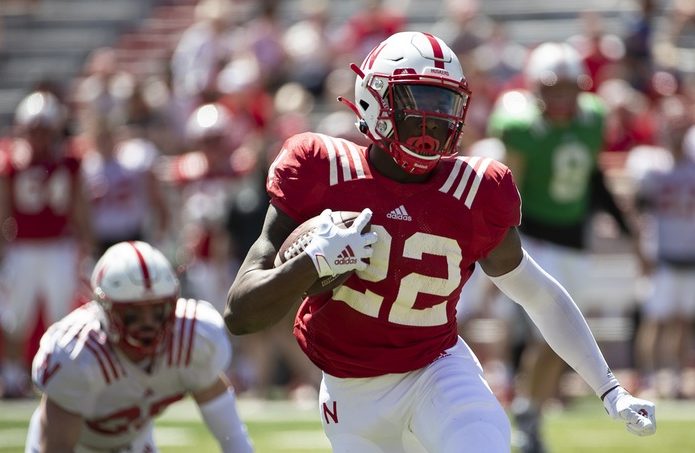 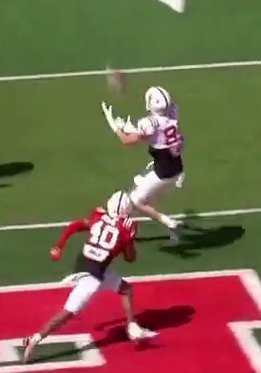 Wyatt Liewer’s 25-yard touchdown reception on the last play from scrimmage lifted the White team to a 21-20 win over the Red squad in the annual Nebraska football spring intrasquad game.

Trailing 20-14 with 1:06 remaining, the White squad drove 80 yards in eight plays for the winning score. Facing a 4th-and-11 from the Whites’ 35, freshman Heinrich Haarberg found Leiwer for a 40-yard completion to give the White team one final play even though the clock had hit 0:00. Haarberg then found Liewer for the touchdown, and Tyler Crawford’s extra point gave the White team a one-point victory.

The Red squad, which consisted of most of the starters, jumped out to a 13-0 halftime lead, getting a 4-yard scoring run from Marvin Scott and a pair of Connor Culp field goals, from 30 and 23 yards.

With most of the starters not playing after halftime, the Whites took the lead with 14 third-quarter points, getting touchdown runs from Jaquez Yant (21 yards) and Isaiah Harris (29 yards). The Red squad retook the lead at 20-14 with 6:06 left in the game as Logan Smothers found Brody Belt for a 23-yard touchdown. 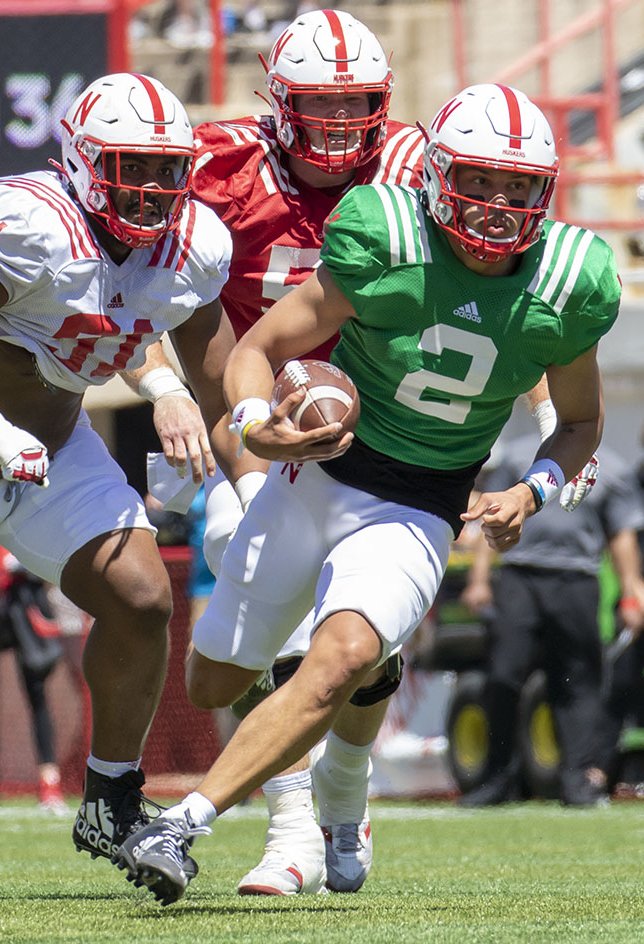 Martinez and Manning had opportunities to light up this scrimmage, and they simply didn’t do it.

On a sun-splashed May Day when Husker fans returned to their favorite place, there was room for both healthy skeptics and cautious optimists.

Yes, this felt healthy, pretty much all of it. For all of us.

The story was seeing a city and a state take a step closer to getting back to normalcy.

We can probably agree that Nebraska was being honest in its assessment that Martinez is a step faster this spring.