Nebraska set a Big Eight record with 799 yards of offense and I-back Craig Johnson scored three times from long range in a 63-21 rout of KU.

The Huskers led by only 7-0 after the first quarter but erupted for five second-period TDs to hold a 42-7 halftime edge.

Nebraska scored three times in a five-minute span in the second period to put the game out of reach. A one-yard quarterback sneak by Tom Sorley, a 64-yard jaunt by Johnson and a 44-yard pass from Sorley to tight end Junior Miller broke the game open.

Johnson gained 192 yards on 10 carries to pace the Huskers. Johnson, a third team I-back playing because of injuries to Rick Berns and Tim Wurth, also caught a 78-yard screen pass for a touchdown.

The Nebraska quarterbacks completed 10 of 11 passes for 283 yards and combined for four TDs through the air. Three of the tosses went to Miller, who racked up 108 receiving yards and two touchdowns. 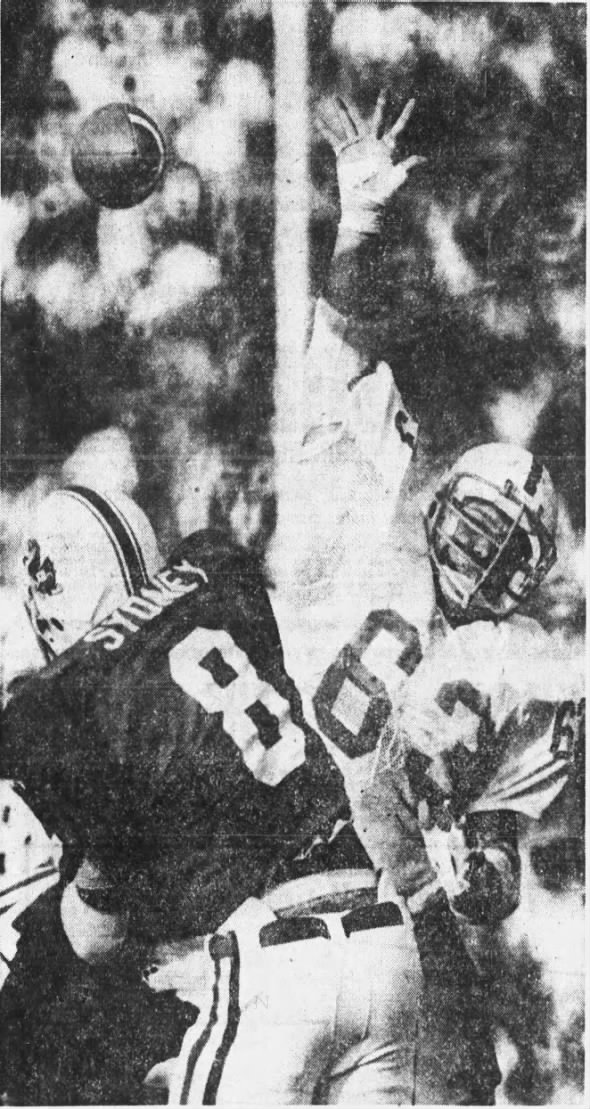