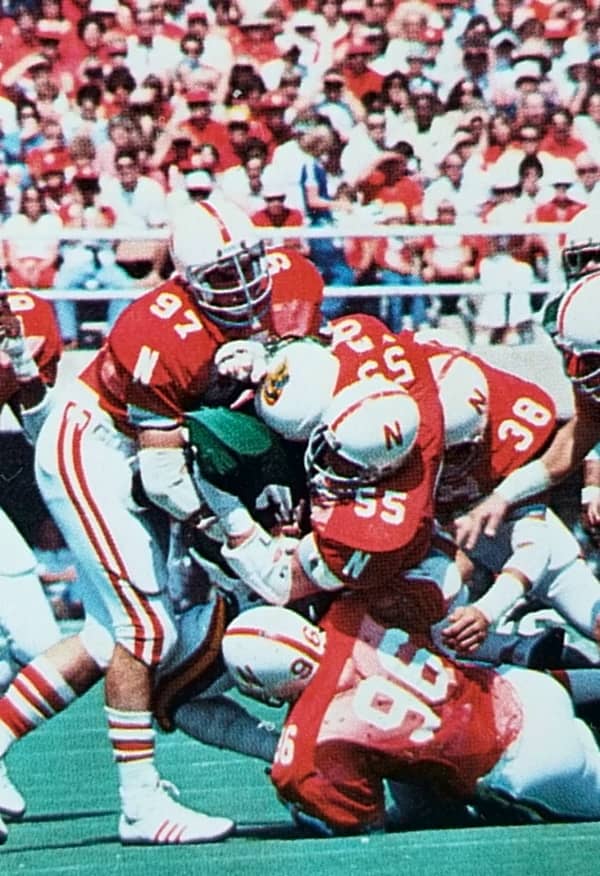 Dominating from the opening kickoff, the Huskers used 35 first half points to pull away to an easy 56-10 victory. The win upped the Huskers’ record to 2-1 with a television date at Indiana the next week in Bloomington.

Everyone got into the touchdown act as eight Huskers tallied scores. I.M. Hipp led off the scoring, capping a 78 yard drive in 11 plays on the Huskers’ first posse-sion of the game with a 10 yard run. Nebraska added touchdowns by sophomore fullback Andra Franklin, Tom Sorley, Frank Lockett and a 52 yard punt return by Kenny Brown in the second quarter to account for their first half blitz of the Rainbows.

The Rainbows capitalized on a Nebraska turnover and the strong kicking leg of Peter Kim to rally 10 third quarter points, but it wasn’t enough to slow the Huskers. With the reserves playing most of the second half, Nebraska rolled up 599 yards total offense for the day.