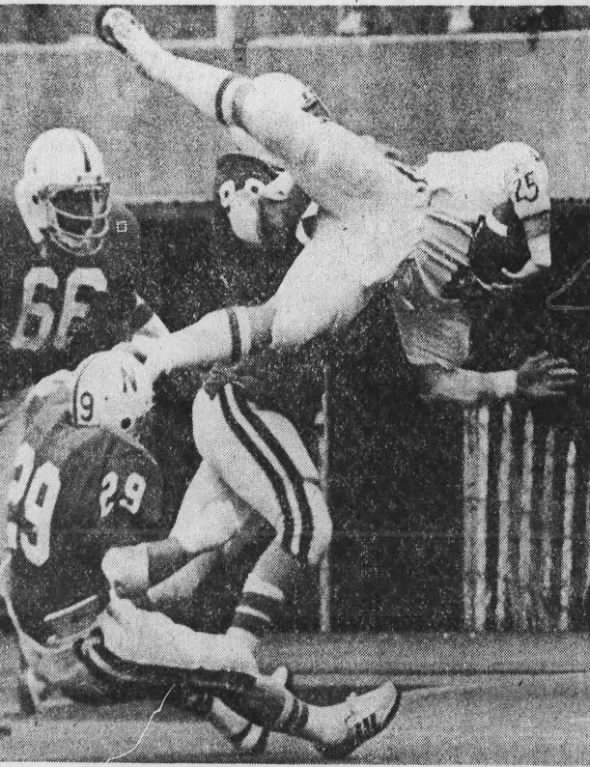 Tim Wurth dives into the end zone for a two-point conversion for the Whites. · Lincoln Journal Star · Newspapers.com

The Reds, made up primarily of the first and fourth units, were favored in the contest against the Whites, the second and third squads, and led 13-11 before Sukup’s clinching boot.

The Whites started their winning drive from their own 23 yard line with 1:12 left in the game, moving 64 yards in five plays, highlighted by sophomore quarterback Brad Humphrey’s passes of 18 and 20 yards, to the Red 30 yard line. From there, with 19 seconds left, Sukup kicked his winning 30-yard field goal and was mobbed by his teammates before he could reach the sidelines.

The Whites won without scoring a touchdown on offense. Their only six-pointer came near the end of the third quarter when defensive end Derrie Nelson blocked a Billy Todd punt, scooped the ball up and carried it into the end zone. That was followed by I-back Tim Wurth’s run for a two-point conversion.