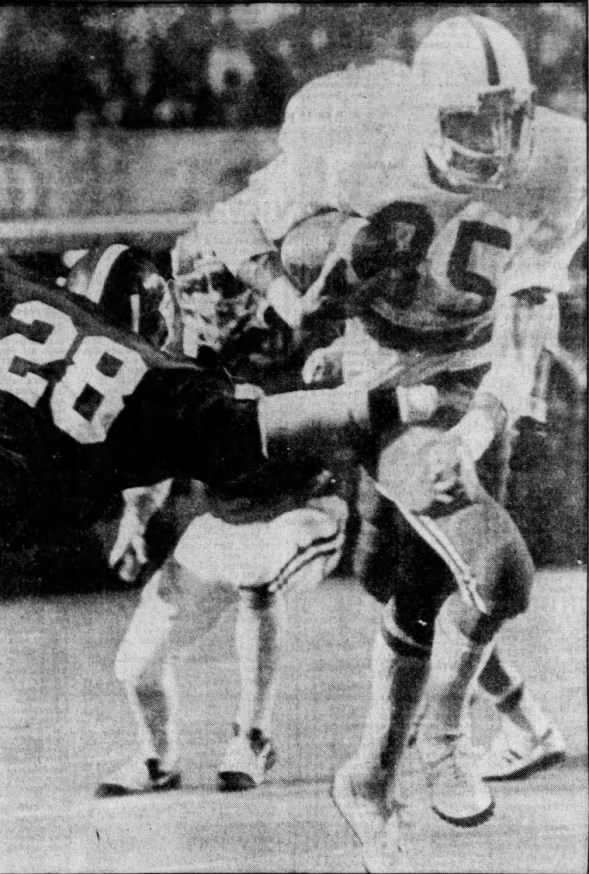 Nebraska’s Cornhuskers traveled to Birmingham to open the 1978 season against Paul “Bear” Bryant’s Alabama Crimson Tide and the Tide showed why they were ranked No. 1 in the nation as they turned back the Huskers 20-3.

With a national ABC-TV audience and a record crowd of 77,023 looking on, Nebraska jumped to an early 3-0 lead on a 48-yard field goal by Billy Todd, with 8:14 left in the first period. Nebraska had moved to the Alabama 31 on their first possession before the drive stalled and the Huskers settled for the field goal.

The teams played even until midway through the second quarter when Alabama had a 99-yard, seven-minute drive with Major Ogilvie catching a four-yard Jeff Rutledge pass for the score.

In the second half, Alabama controlled the line of scrimmage and scored two more times. The Crimson Tide added their second touchdown in the third quarter when an intercepted pass led to 39-yard drive with halfback Tony Nathan going over from the one.

Another Husker turnover resulted in the final Tide score when NU fumbled on its own three yard line late in the fourth quarter. Alabama recovered the miscue and scored three plays later, on a one yard Rutledge run, to make the final score 20-3.