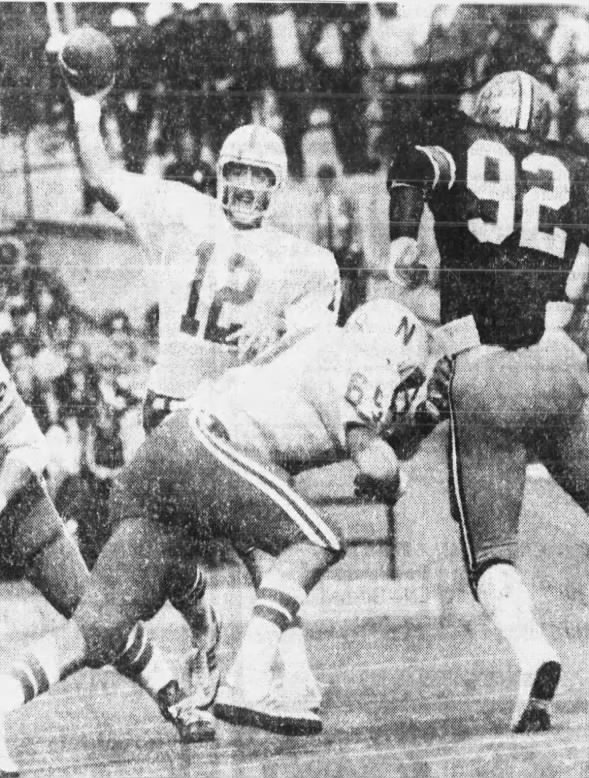 Both the offensive and defensive units played superbly as the Huskers continued their domination over Colorado, 52-14.

The host Buffaloes jumped to an early 14-3 lead on a 100-yard Howard Ballage kickoff return and a two-yard James Mayberry run.

But from there, it was all Nebraska. Two field goals by Billy Todd, two touchdowns by Rick Berns and four other scores accounted 49 unanswered points for Nebraska.

Todd kicked field goals of 27, 24 and 45 yards and added three extra points to lead the Husker scoring attack as Nebraska defeated the Buffaloes for the 11th consecutive time.