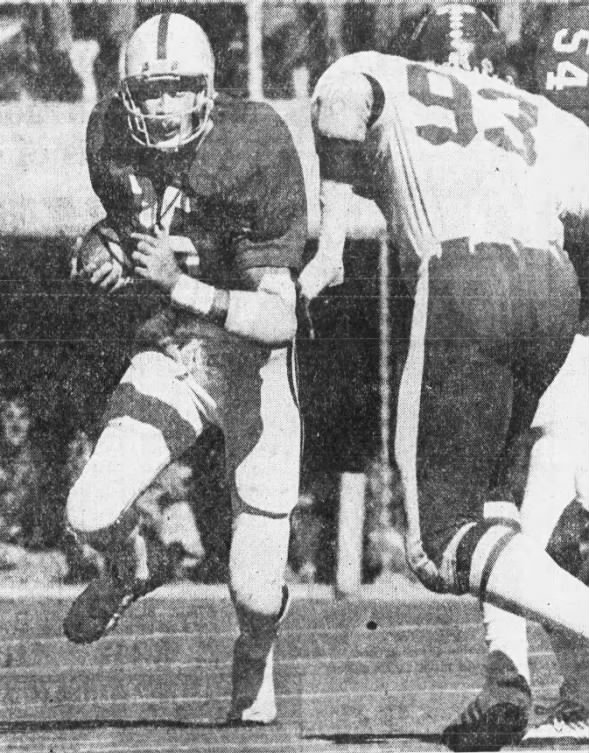 Oklahoma State traveled to Lincoln with just a 2-5 record, but the always tough Cowboys nearly came away with a tie against No. 5 ranked Nebraska. The Huskers had to turn back a late fourth quarter Oklahoma State drive at the Husker 19 to salvage the win, 22-14.

Oklahoma State took a 7-0 lead on its first possession of the game with an 80-yard drive capped by a 13-yard run by Ed Smith. The Huskers were shut out in the first quarter, but 19 second-quarter points put Nebraska out in front at the half, 19-7. In the second quarter, Nebraska scored on a 1-yard run by Tom Sorley and a 20-yard pass from Sorley to Rick Berns. Billy Todd added one extra point and field goals of 23 and 28 yards.

After a third-quarter touchdown by Oklahoma State’s Terry Suellentrop made it a 19-14 game, Todd kicked his third three-pointer of the day, this one 42 yards, in the final minute of the quarter to give the Huskers their final eight-point margin.

But it was far from over. Late in the fourth quarter, with OSU on the Husker 19, the Cowboys attempted a pass into the end zone. The receiver was open, but the ball was over his head, and Husker hearts started beating once again.