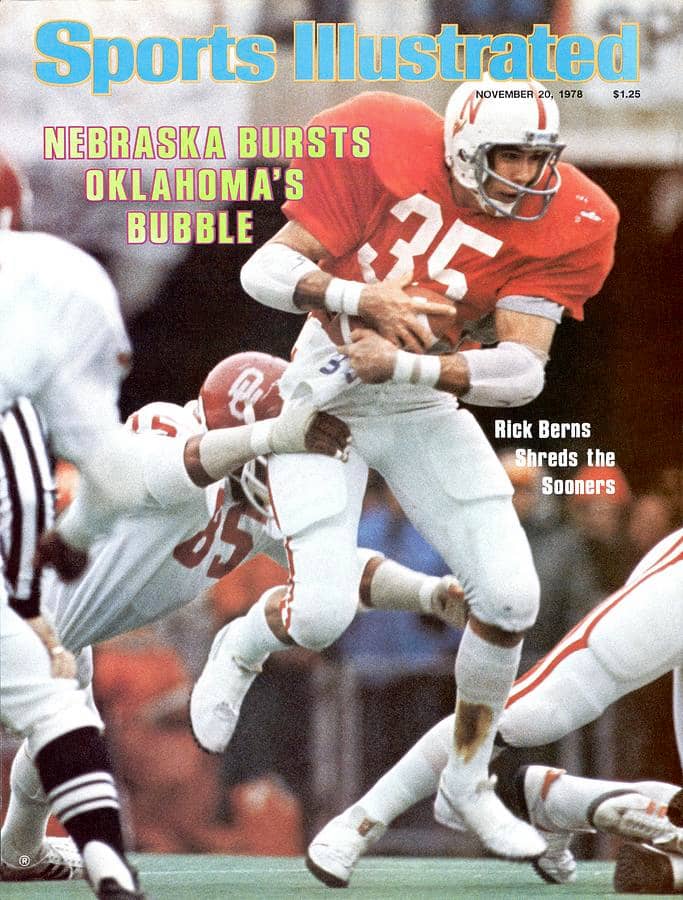 Rick Berns rushed for 117 yards and landed on the cover of Sports Illustrated.

With 76,015 screaming fans in the stands and millions more watching on national ABC-TV, the Huskers carried the fight to unbeaten and top-ranked Oklahoma to gain a 17-14 upset win. It was the Huskers’ ninth straight victory.

It was a hard-hitting defensive effort that caused nine Sooner fumbles — NU recovered six — and a balanced offensive attack, 250 yards rushing and 111 yards passing, that paced the Huskers to their first win over archrival Oklahoma since the 1971 “Game of the Century.” The win locked up at least a tie for the conference title and an Orange Bowl berth.

On offense it was the rugged running of senior I-back Rick Berns, who carried the ball 25 times for 113 yards and one touchdown.

On defense, it was senior monster back Jim Pillen, with eight tackles and two fumble recoveries, leading the charge. Others turning in fine defensive efforts were linebackers Lee Kunz and Bruce Dunning, defensive end George Andrews and defensive back Jeff Hansen.

It wasn’t just the individual performances, but a team effort that led the Huskers to a sensational finish that saw Nebraska go ahead, then stave off the Sooners and finally force Billy Sims to fumble at the Nebraska 3-yard line with 3:27 left in the game.

NOTE: In 2009, this game was voted the most memorable of the 300-game home sellout streak. 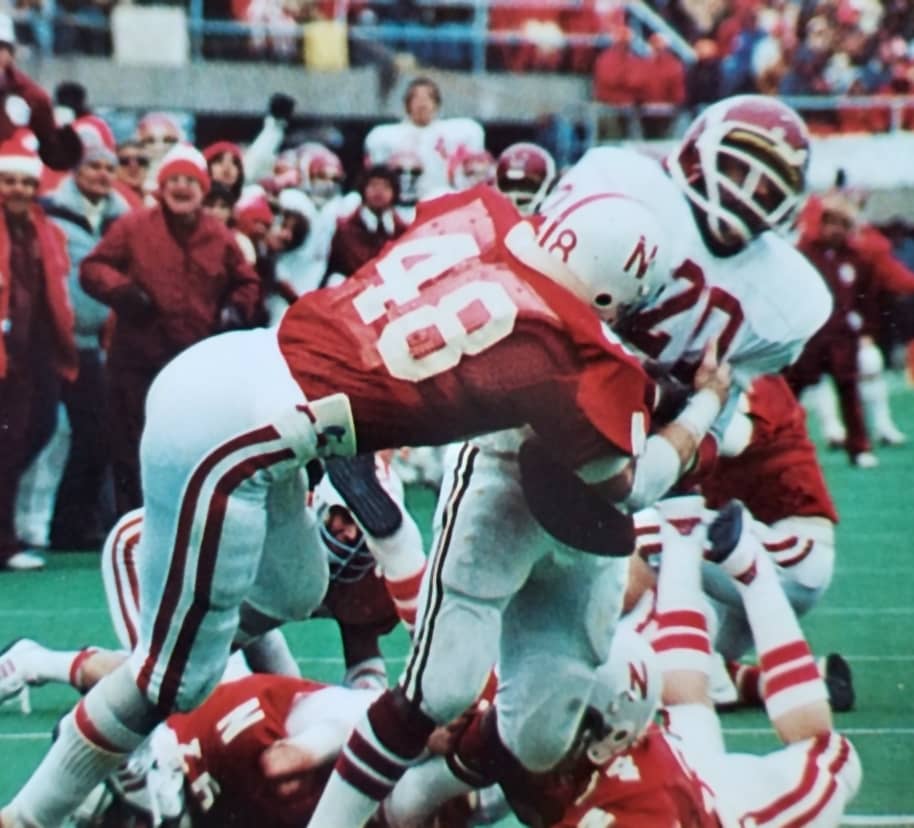