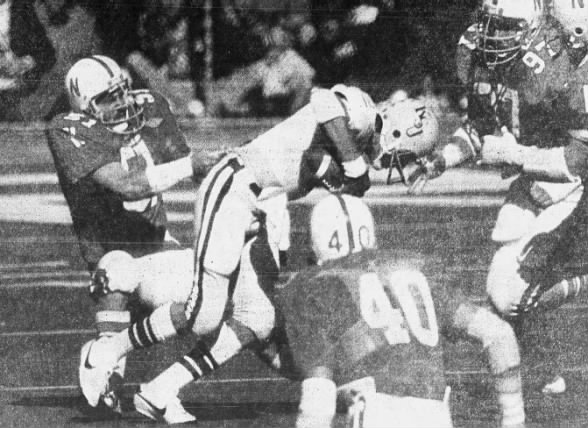 Huskers roll past ’Cats in 2nd half

Nebraska pulled away in the second half to put away the Kansas State, 48-14. The Huskers and Wildcats fought a tough battle in the first half, with Nebraska holding a 14-7 advantage at intermission.

The Huskers gained close to 300 yards in the first half but put just two touchdowns on the board. Tom Sorley sneaked over for the Huskers with 13:56 left in the first half to give NU a 7-0 lead. Sorley then passed to tight end Junior Miller for a 54-yard TD with 6:43 left in the half. K-State scored on an 87-yard pass with 2:05 left.

Nebraska broke the game open with two touchdowns in the first minute of the third quarter. A four-yard run by Rick Berns made it 21-7, and NU recovered a fumble on the ensuing kickoff and scored one play later.

I.M. Hipp had another good day, gaining 183 yards, 113 of those in the first half. The offense once again went over the 600-yard mark in total offense with 606. Tom Sorley continued to harass opponents with the pass as he threw for 218 yards. 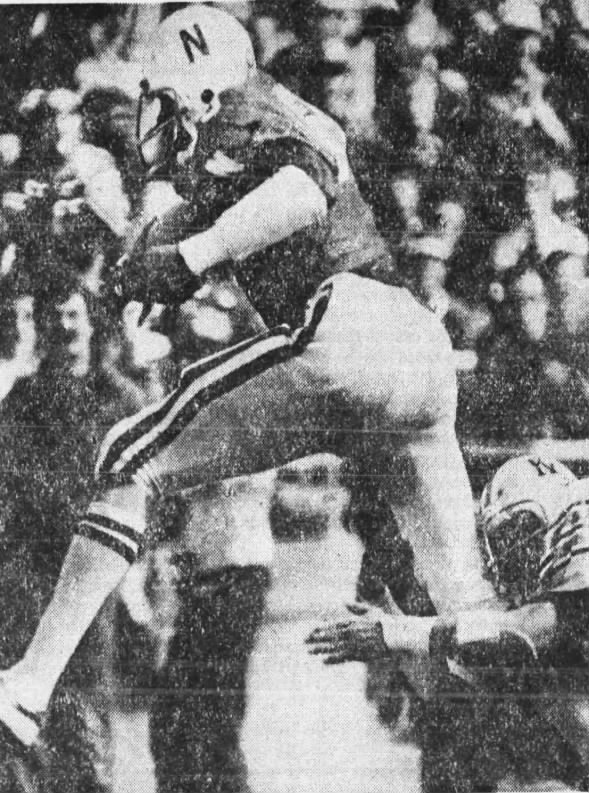 Junior Miller gets past KSU safety Sam Owen on his way to the end zone on a 54-yard touchdown reception. · Lincoln Journal Star · Newspapers.com