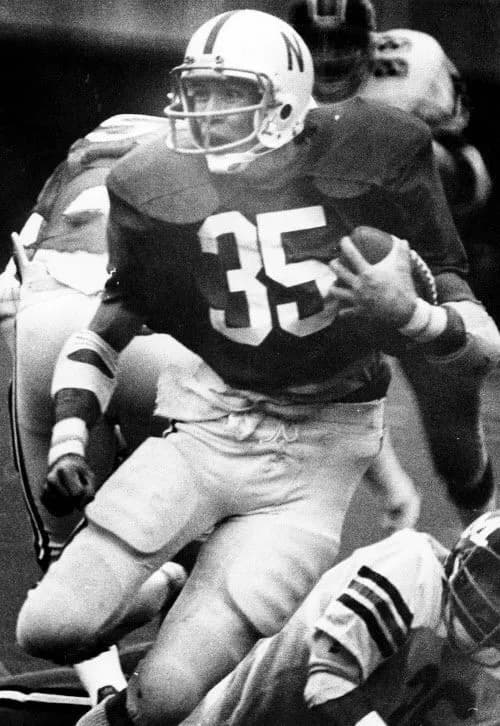 After a big win over Oklahoma the previous week, Nebraska head coach Tom Osborne was concerned heading into the season finale against Missouri about the chance of a mental letdown against a tough and upset-minded Tiger squad. Osborne’s worries turned into reality in the form of a 35-31 loss that dashed the national-championship hopes of the Huskers, who entered the game ranked No. 2 in the nation.

Rick Berns churned to a record-breaking 255 yards and two touchdowns on 36 carries to set the Nebraska single-game rushing mark and the career rushing record of 2,605 yards. But Berns’ performance wasn’t enough to counter a potent Missouri attack, led by the running of James Wilder – with 181 yards and four touchdowns – and the pass receiving of All-Big 8 tight end Kellen Winslow.

Berns led off the scoring on the first play of the game from scrimmage by ripping off an 82-yard run. The early score was a sign of what was to come as both teams moved almost at will throughout the game.

The loss dropped Nebraska back into a tie for the conference title and brought a surprising rematch with Oklahoma in the Orange Bowl.