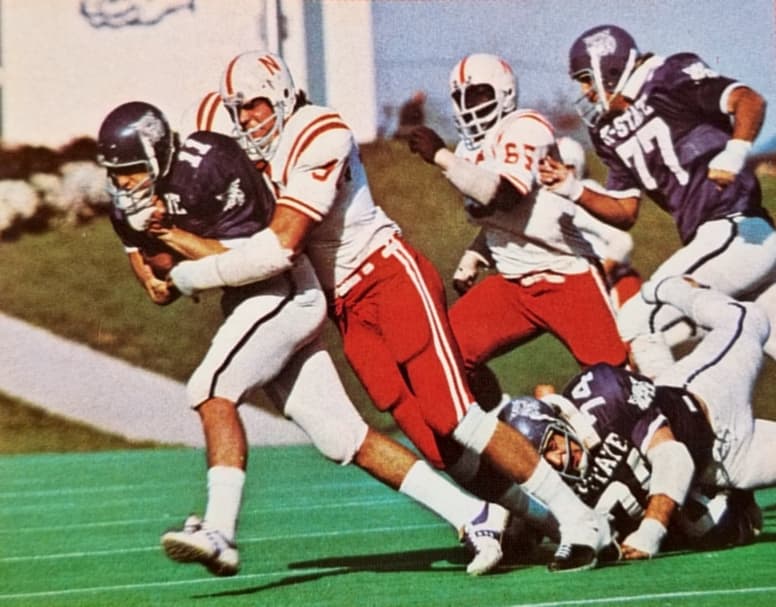 Huskers run over Cats; second half gets sloppy

Sophomore l-backs Tony Davis and John O’Leary became the first two Huskers to rush for 100 yards or more in the same game as Nebraska bombed Kansas State, 50-21, to set up the Big Eight showdown against Oklahoma. 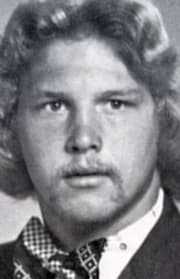 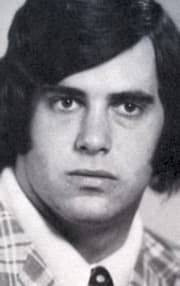 Davis gained 111 yards on 21 carries for his fifth 100-yard day of the season, while O’Leary had his first 100-yard performance, getting an even 100 on 17 rushes. No. 2 fullback Ralph Powell nearly joined the group with a sterling eight carries for 89 yards — an 11.1 average — giving the trio of Husker backs an even 300 yards rushing.

The Huskers thoroughly dominated the Wildcats, rolling up 612 yards – the second-largest total offense figure in Nebraska history – as they took a 23-0 halftime lead and went on to post their highest point total of the year.

Nebraska got on the board first with a 30-yard Rich Sanger field goal, then when the Wildcats’ Isaac Jackson bobbled a Sanger punt later in the opening stanza, Davis scored on a blast from the six to up the count to 10-0. Touchdowns by quarterback Dave Humm and Davis in the second period gave NU that 23-0 halftime lead, but a struggle started early in the second half.

The Huskers fumbled the ball away on their first two third-quarter possessions, and the ‘Cats converted on both opportunities to pull within 23-14. Jackson scored both TDs, on a 29-yard run and a one-yard plunge. K-State threatened again after an interception, but the Huskers’ Bob Thornton returned the favor with another interception. Nebraska then drove 54 yards in five plays, O’Leary going over from the five for a 30-14 lead.

K-State’s biggest play came when fullback Don Calhoun burst up the middle for seven yards and fumbled, but center Fred Rothwell scooped up the loose ball and ran the remaining 52 yards for the TD that made it Nebraska 50, Kansas State 21.