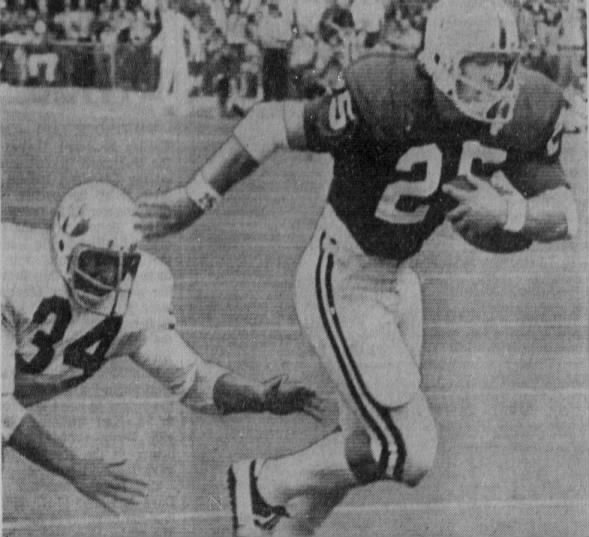 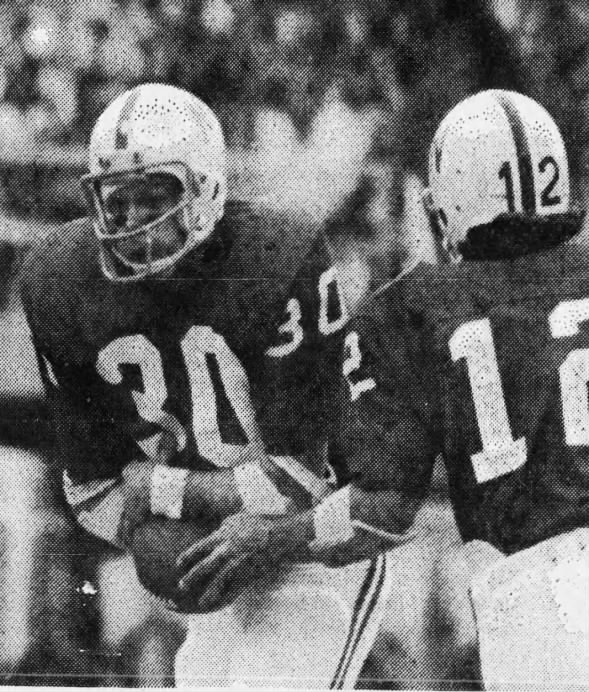 Dave Humm and Jeff Moran miss connections on a handoff. It was one of four Nebraska turnovers. · Lincoln Journal Star · Newspapers.com

Nebraska’s Cornhuskers had to score twice in the final five minutes to pull out a hair-raising 20-16 decision over stubborn Wisconsin.

It was the third straight win for the Huskers and they had to have some sensational heroics under tense pressure as 76,279 fans went wild.

Wisconsin broke a 7-7 tie with 7:57 left in the fourth quarter on Rich Barrios’ 29-yard field goal.

Trailing 10-7, Nebraska stormed back after the kickoff 80 yards in six plays to take the lead. Dave Humm hit Frosty Anderson for 27 yards, then hit Ritch Bahe for 27 yards to get rolling. Three plays later, Humm hit Anderson for a 23-yard TD and a 14-10 lead with 5:23 left. But joy faded quickly as Selvie Washington returned the kickoff 96 yards to score and put the Badgers back on top, 16-14, with 5:09 left.

Humm calmly took charge again, however, moving the Huskers 83 yards in seven plays to win. The Husker passing star hit three passes, then sent Bahe 40 yards on an inside reverse. Two plays later Tony Davis ripped the final 14 yards to score with 2:48 left in the game.

H’MAX NOTES: The win wasn’t secured until Nebraska stopped Wisconsin on fourth-and-1 at the NU 36 with 1:28 remaining. … Humm’s 23-yard TD pass to Anderson in the fourth quarter came on a fourth-and-7 play. … There were four lead changes in a span of less than six minutes the fourth quarter. … The Badgers were 30-point underdogs. 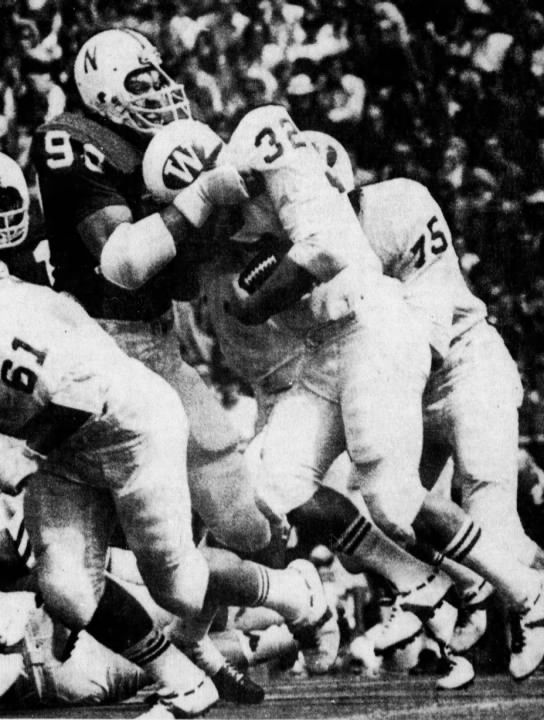