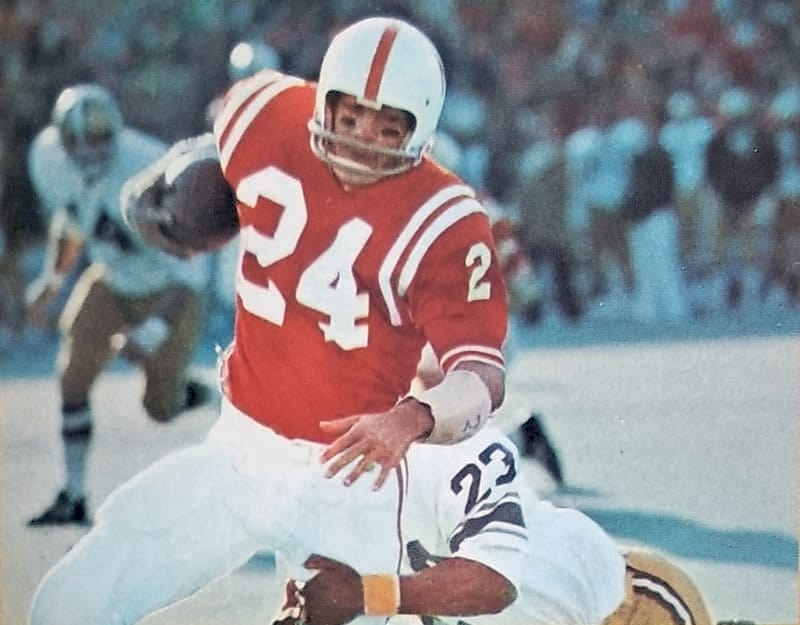 Wingback Ritch Bahe had a productive day against the Buffs with 42 yards rushing and 40 yards receiving. | From 1974 media guide

Socking the Buffs with two first-quarter touchdowns, the aroused Nebraska Cornhuskers hung a 28-16 loss on tough Colorado at Memorial Stadium.

It was NU’s sixth straight win over the Buffaloes and boosted Nebraska’s record to 6-1-1 for the year. The Cornhuskers rang up 28 points in the first half for a 28-3 margin, then turned to the Black Shirts, who responded gallantly.

Taking the opening kickoff, the Huskers marched 75 yards in seven plays — one a 44-yard pass from Dave Humm to Dave Shamblin — to score when Humm hit Brent Longwell with a nine-yard TD pass. With seven minutes left in the quarter, Colorado fumbled and Husker Bob Nelson recovered at the CU 14. It took Tony Davis a five-yard trip and a nine-yard run to score, and Rich Sanger’s kick made it 14-0 with 6:39 left in the quarter.

After Fred Lima’s 31-yard field goal early in the second quarter, NU bided its time until Willie Thornton blew in to block a Buff punt at the CU 19. Two plays later Humm tossed a 21-yard scoring pass to Frosty Anderson — returning after a three-game injury streak — for a 21-3 lead.

The Huskers drove 71 yards to the CU one late in the second quarter and Sanger booted a field goal. But the Buffs were penalized to the six-inch line and Nebraska elected to send Davis over the pile for a TD and a 28-3 lead with 52 seconds left in the half.

Colorado never recovered, although a Husker fumble at the NU nine gave the Buffs a TD in the third quarter. In the fourth period, the Buffs pulled a variation of the old “swinging gate” play, with QB David Williams flipping the ball to Billy Waddy and the rest of the Buffs across the field, then running down the field and catching a 73-yard TD pass from Waddy. 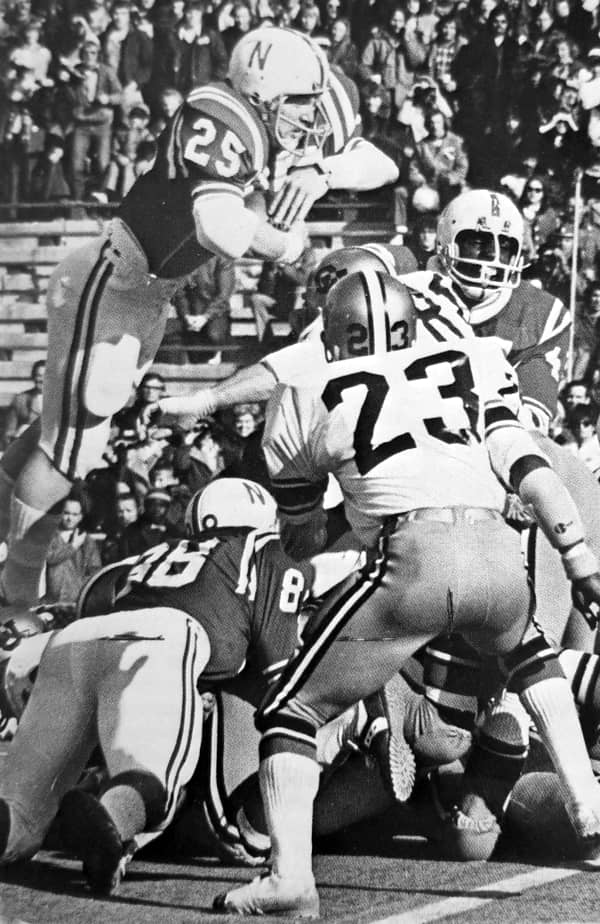 Tony Davis leaps over the pile to score on a one-yard plunge, making it a 28-3 game at halftime. | From 1974 media guide 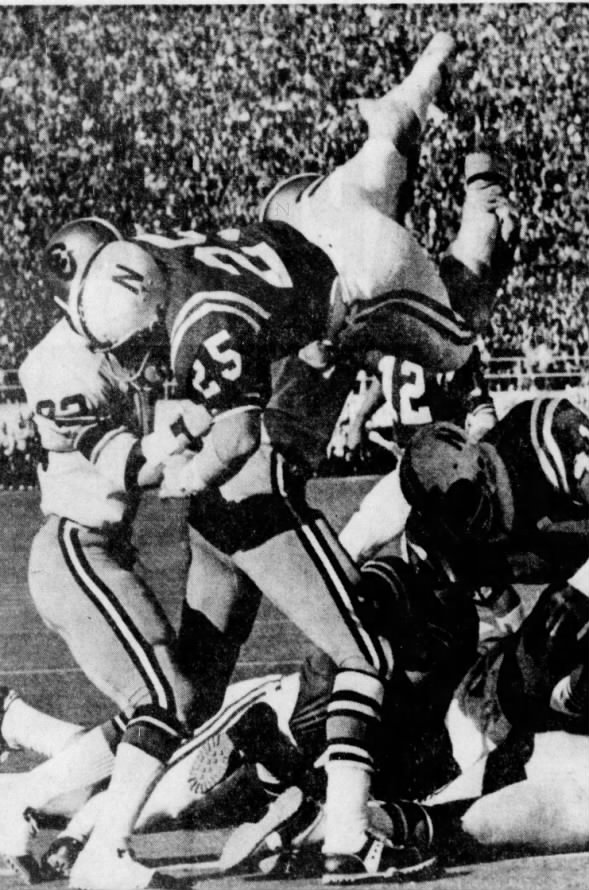 Tony Davis leaps over the pile to score on a one-yard plunge, making it a 28-3 game at halftime. · The Des Moines Register · Newspapers.com