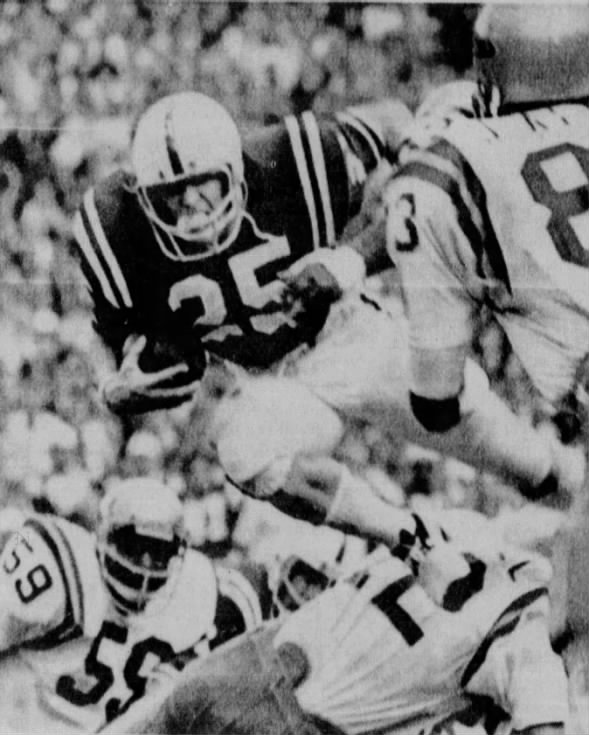 Tony Davis hurdles a Bruin on a run that put the Huskers inside the UCLA one-yard line, setting up Nebraska’s first score. · Hattiesburg (Miss.) American · Newspapers.com

With 74,966 fans at Memorial Stadium and millions of Americans watching their ABC-TV channels, the Nebraska Cornhuskers gained sweet revenge by clobbering UCLA, 40-13.

It was UCLA that halted NU’s 32-game success streak in the opening game at Los Angeles in 1972, and the Huskers didn’t forget, even though Bob Devaney was gone and Tom Osborne was the new coach.

So convincing was the rout — engineered by alternate quarterback Steve Runty, subbing for injured Dave Humm — that the Huskers vaulted into the No. 2 spot nationally.

The first time Nebraska got the ball, the Huskers drove 56 yards to score, with Runty plunging over from the one. Rich Sanger’s kick made it 7-0, and four plays later UCLA punted. Randy Borg pulled in the ball and raced 77 yards to score, making it 14-0 after Sanger’s kick with 6:13 left in the first quarter.

Nebraska scored again in the second period on a 10-yard pass from Runty to Frosty Anderson, and UCLA scored twice to pull up 20-13 at halftime.

But the Husker defense shut out the UCLA wishbone the rest of the way, and NU scored three more TDs in the second half — Tony Davis ran one yard in the third period and added a 43-yarder in the fourth before Jeff Moran scored the final tally.

Nebraska dominated the statistics, too, amassing 410 yards to 259 for UCLA. Davis was brilliant as a runner, getting 147 yards in his debut, and Runty hit 9 of 11 passes in a great relief performance.

It was a sensational start for new coach Tom Osborne and the 1973 Huskers. 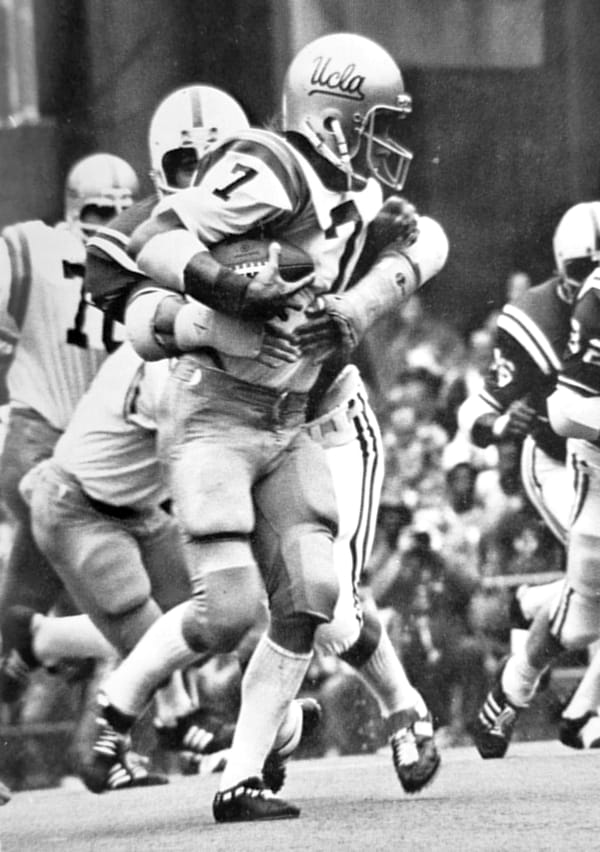