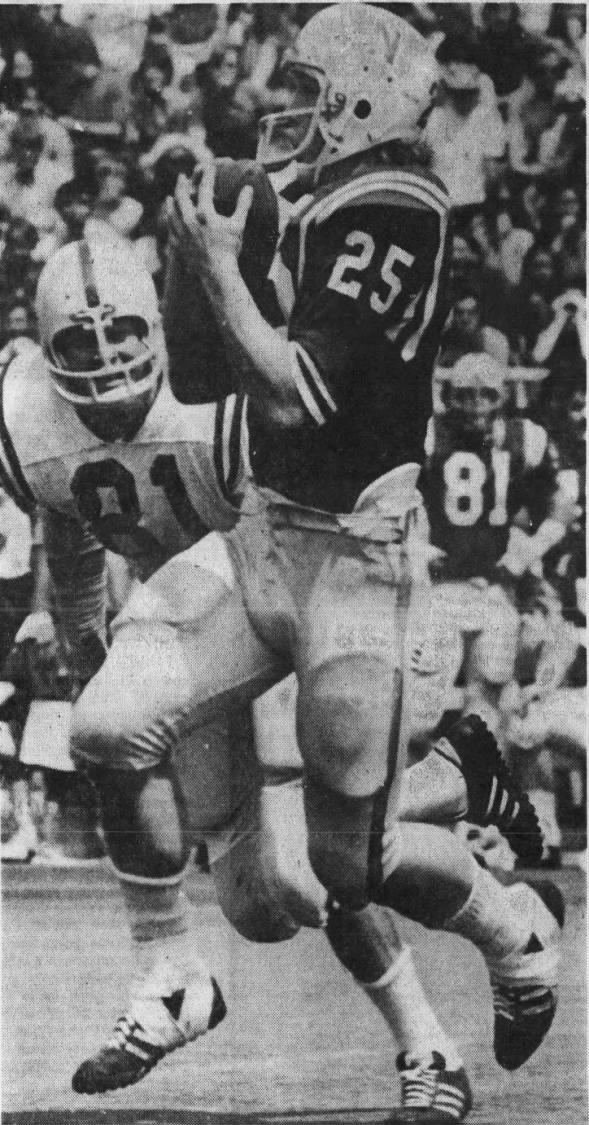 A record 18,803 fans got their first look at a Tom Osborne-coached Nebraska team in the annual spring game, and that first look was a good one.

The first-team Reds rolled up 265 yards rushing (a record) and 239 passing to demonstrate a balanced attack in taking a 35-25 win over the Whites. The second-team White offense had a respectable 240 yards rushing but was limited to 94 air yards.

Davis was the leading rusher for the second straight year as he picked up 89 yards on 17 carries. He led all rushers in the 1972 game with 67 yards but tore up a knee just before fall practice and sat out a year.

All-America quarterback candidate Dave Humm had a super day despite his reverse bomb to Monds. The Las Vegas lefty completed 13 of 19 passes for 164 yards playing a half for each team.