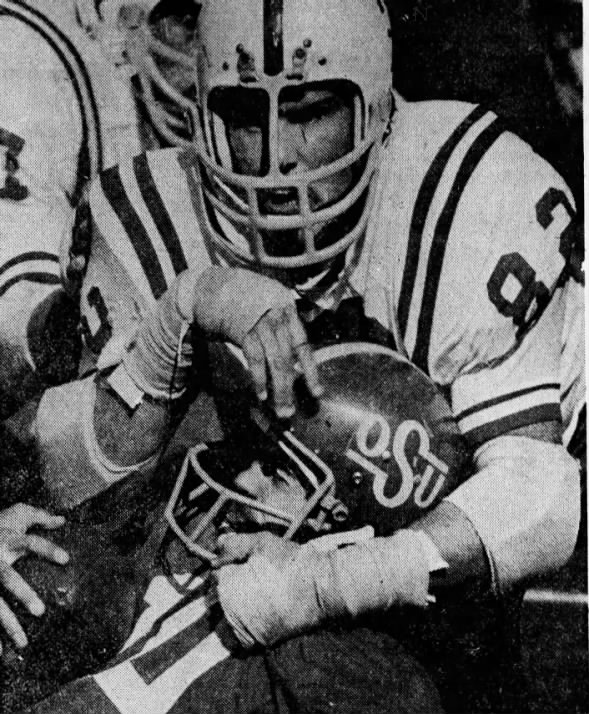 Workhorse Tony Davis’ fourth-down try for a touchdown from the six-inch line was wrecked by Oklahoma State with 2:23 left in the game, and the teams settled for a 17-17 tie.

It was a bruising defensive struggle in which neither team could generate consistent offensive marches. But with 6:20 left in the game, Nebraska got possession at the OSU 46 via a punt and the Huskers called on Davis to ram the ball in for the victory. The sophomore I-back carried once for three, then caught a 14-yard pass, then carried nine straight times to the OSU six-inch line. 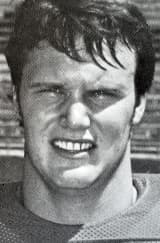 The Huskers spurned a field goal that would have broken the 17-17 tie, and elected to send Davis over the top on fourth down. But a Cowboy defender broke through to spill Davis shy of the goal line.

Oklahoma State then broke out of the hole on Brent Blackman’s 47-yard sprint and it looked like the Cowboys would get a chance for a field goal win. But Steve Manstedt tossed Blackman for a six-yard loss to preserve the tie.

Nebraska had to settle for a Rich Sanger field goal early in the first quarter after a Cowboy fumble, and OSU tied it on a 51-yard Abby Daigle field goal two minutes later. Cleveland Vann’s pass interception and 25-yard return put the Cowboys on top, 10-3 before the Huskers blasted 88 yards in seven plays to tie it during a wild first quarter.

But the scoring slowed down as the defenses took over. OSU took a 17-10 halftime lead with a 53-yard drive at the end of the second quarter, then NU recovered a Cowboy fumble in the third quarter and drove 44 yards to tie it up on Dave Humm’s one-yard plunge.

From that point on — except for Nebraska’s drive that just missed — the defenses held the spotlight.